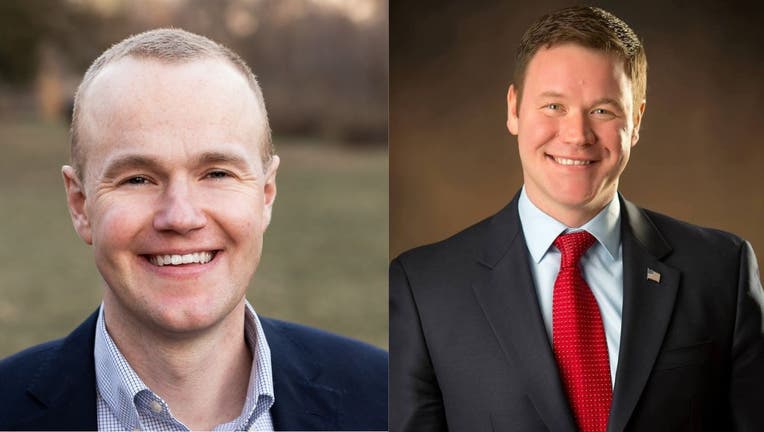 Jim Schultz (left) and Doug Wardlow, who are competing for the Republican nomination for Minnesota Attorney General.

(FOX 9) - The Republican primary for Minnesota Attorney General was the only competitive race as incumbent Keith Ellison was expected to win the Democratic nomination (which he did).

The race pitted GOP-endorsed candidate Jim Schultz against 2018 Attorney General candidate Doug Wardlow, who is running despite losing the party's endorsement back in May. Wardlow had the Republican Party's endorsement in 2018, and he narrowly lost to Ellison.

As of 10:30 p.m. Tuesday, the GOP primary hadn't been called, with 72% of votes counted. GOP-endorsed candidate Jim Schultz was leading 2018 Attorney General candidate Doug Wardlow, with 53% of the vote to Wardlow's 34%. Sharon Anderson had won 12% of the vote.

Wardlow's decision to run without the GOP's endorsement angered Republican Party officials, with the party running ads against him leading up to the primary. While Schultz is the favorite, Wardlow is betting on an anti-establishment mood among the Minnesota Republican base to carry him to victory.

Republicans are viewing the Minnesota Attorney General's race as their most winnable statewide election due to the fact Ellison only beat Wardlow by 4 percentage points in 2018, which saw a blue wave.

Democrat incumbent Keith Ellison easily won the DFL primary, securing 89% of the vote with 52% of votes counted. Challenger Bill Dahn had 11% of the vote.

Here are the results for the Minnesota Attorney General primaries: