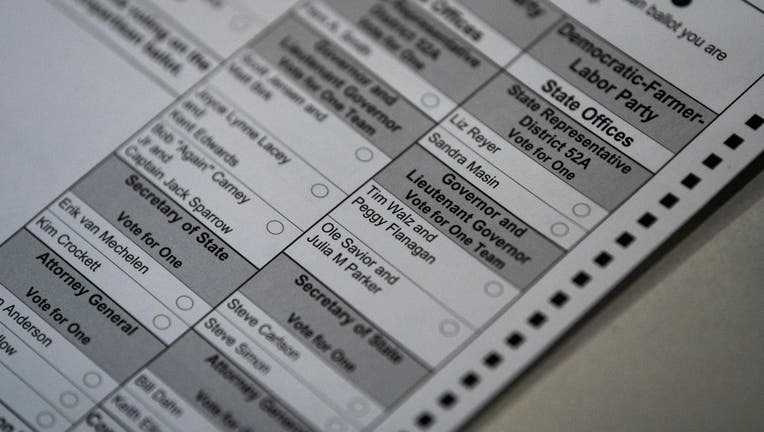 A test ballot for the upcoming primary election sits out during a public accuracy test of voting equipment on August 3, 2022 in Burnsville, Minnesota. State officials have reiterated their commitment to secure and accurate elections as election integ (Photo by Stephen Maturen/Getty Images)

(FOX 9) - The primary for Minnesota Secretary of State is one of five statewide elected offices in Minnesota, with Democratic incumbent Steve Simon seeking to hold the position once again.

Simon won the Democratic primary with 73.8% of the vote to challenger Steve Carlson's 26.2%, with 48.5% of votes counted, The Associated Press called.

Simon will square off against Republican Kim Crockett in November. Crockett won the GOP primary on Tuesday with 63.3% of the vote (with 64.4% of votes counted), beating challenger Erik van Mechelen.