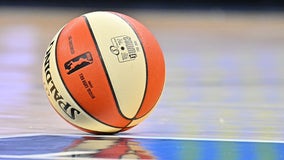 The WNBA has postponed Sunday's playoff game between the Minnesota Lynx and Seattle Storm after a COVID-19 test for some players came back inconclusive. 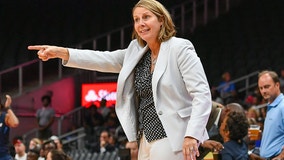 Cheryl Reeve was named the WNBA Coach of the Year, and guard Crystal Dangerfield was named the Rookie of the Year. The Lynx finished the regular season 14-8, and earned their 10th straight trip to the WNBA Playoffs. 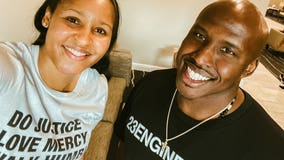 Basketball star Maya Moore has married Jonathan Irons, the Missouri man she helped work to free from prison after a 22-year-old wrongful conviction. 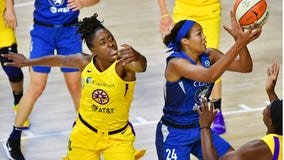 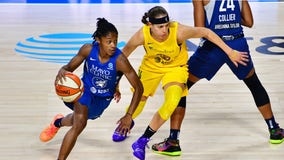 The Minnesota Lynx didn’t even play Tuesday night, but they still managed to clinch their 10th straight trip to the WNBA Playoffs.

The WNBA had three games scheduled for Wednesday night, including the Minnesota Lynx facing the L.A. Sparks in the Florida bubble, but the league postponed game in protest of the police shooting of Jacob Blake in Kenosha, Wis.

The Minnesota Lynx are off to a 7-3 start in the WNBA bubble, and Napheesa Collier has been the most consistent player through 10 games. She was named the Western Conference Player of the Week on Monday.

The Minnesota Lynx are off to a fast start in the WNBA bubble in Florida, and forward Napheesa Collier has a lot do with it. 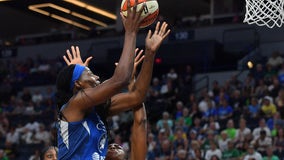 She would rather be celebrating with a win, but Minnesota Lynx center Sylvia Fowles entered the WNBA history books in Tuesday night’s 90-66 loss to the Seattle Storm at IMG Academy in Florida. 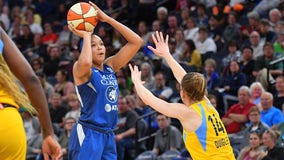 The Minnesota Lynx opened a 22-game regular season at IMG Academy in Florida with a 77-69 win over the Connecticut Sun. 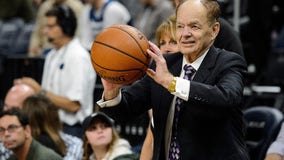 Glen Taylor made one thing very clear in an interview with Fox 9 Sports Director Jim Rich on Wednesday: Potential buyers wanting to move the Timberwolves out of Minnesota won’t be considered.

The Minnesota Lynx learned Monday they’ll open the WNBA season against the Connecticut Sun at 11 a.m. on July 26. The game will be broadcast on ESPN as part of the league’s opening weekend. 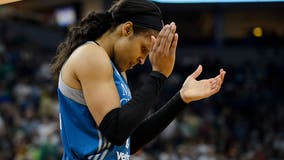 Minnesota Lynx star Maya Moore is celebrating after the man she worked to release from prison due to a wrongful conviction is now free.

The Minnesota Lynx learned Monday that there will be basketball in 2020, but they won’t be playing in Minneapolis. 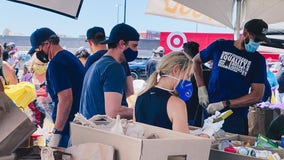 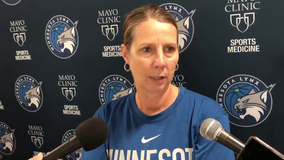 The Minnesota Timberwolves and Lynx announced Wednesday they’re entering a multi-year partnership with The Minneapolis Foundation in an effort to fight racism and social injustice. 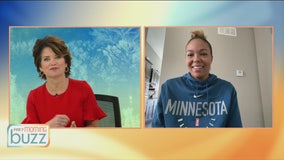 With the upcoming season in limbo, Minnesota Lynx standout Napheesa Collier has started her own book club on Instagram. The 2019 WNBA Rookie of the Year joined the Morning Buzz to chat about the first book, and her training regime amid the COVID-19 pandemic. 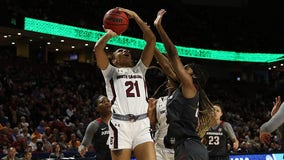 As the head coach and general manager with the Minnesota Lynx, Cheryl Reeve had the difficult task Friday night of matching needs and getting the best players available to her in the WNBA Draft.

The Minnesota Lynx selected Mikiah Herbert Harrington, a 6-2 forward out of South Carolina, with the No. 6 pick in the WNBA Draft Friday night. 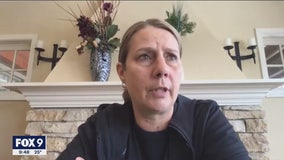 For at least two hours Friday night, the WNBA will become the center of the sports universe. The Minnesota Lynx have the No. 6 pick in the WNBA Draft.