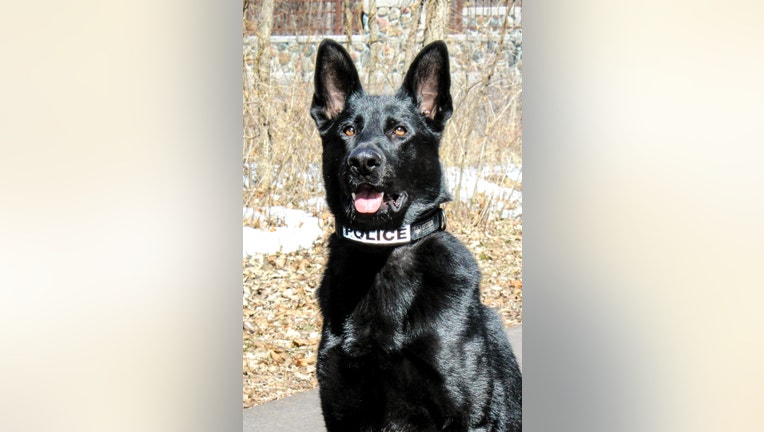 K-9 Bravo, of the Anoka Police Department, was shot in the line of duty Sunday. (Anoka Police)

(FOX 9) - Anoka Police K-9 Bravo is recovering Monday after a bullet hit his trachea in an incident near Braham, Minnesota.

The dog was shot after a pursuit that ended in a deadly police shooting Sunday afternoon. Police released Bravo to help catch the suspects after their car was disabled and the suspects fled on foot.

Anoka Police K-9 Bravo is recovering Monday after a bullet hit his trachea in an incident near Braham, Minnesota.

A bullet shot by one of the suspects went through Bravo’s neck, hitting his trachea. He had trouble breathing as a result.

Bravo was raced to the University of Minnesota Veterinary School Sunday night where they initially planned for surgery. Imaging of the wound, however, showed that it closed on its own and that Bravo would be fine. 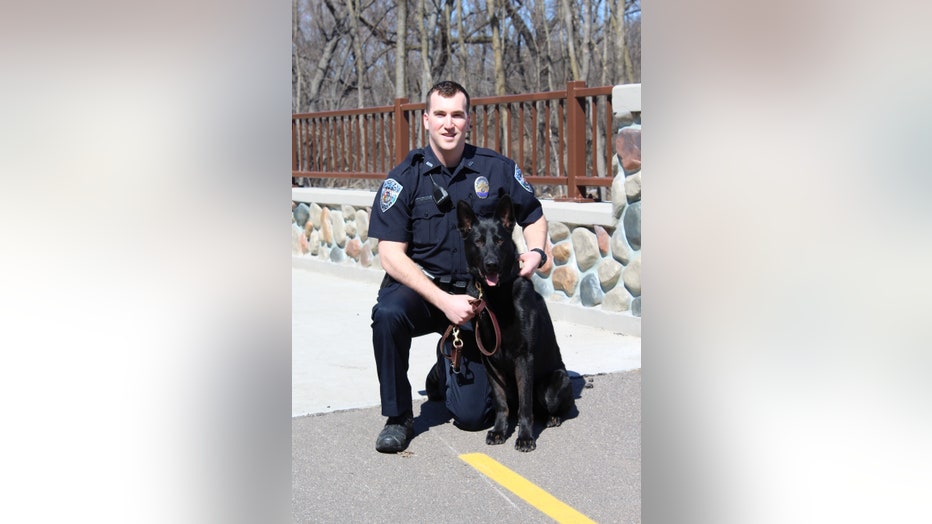 K-9 Bravo and his handling officer are a fixture in the Anoka community. (Anoka Police)

Steve Friedenberg, of the U of M's Veterinary Center, called Bravo a "pretty intelligent boy." He said Bravo was lucky that his injuries ended up being minor, but that they could have been "a lot more severe."

"If it penetrated him to the chest or the abdomen, the injuries can be a lot more severe," said Friedenberg.

Officials announced Bravo was stable Sunday night. Friedenberg said his fingers were crossed that Bravo would make a full recovery.

Bravo will be monitored closely over the next three weeks to see how the wound recovers. It is possible he could return to the line of duty upon recovery.

"We consider him a law enforcement officer and part of our department," said Chief Peterson, of the Anoka Police Department.

Bravo joined the Anoka Police Department in 2017. He is the department’s only K-9 and is partnered with Officer Jake Sorteberg. He received a donated stab and bulletproof vest in 2019.

"It’s a sigh of relief for us at the police department and for the Anoka community to know that not only did he survive, but there’s a chance he could get back to work and that is my goal to get him back to work," Peterson added.