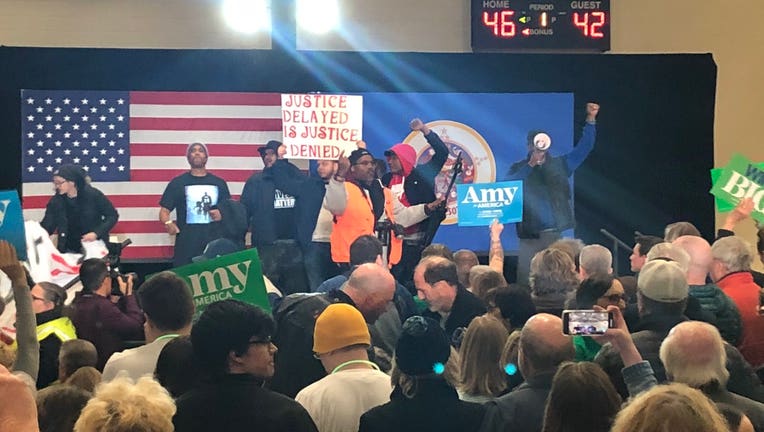 The event, held at St. Louis Park High School, was interrupted before it began as supporters watched the protest move onto the front stage. The Klobuchar campaign ultimately cancelled the event after the campaign and the protesters could not come to an agreement.

Protesters chanted “Free Myon” for Myon Burrell, who they say was wrongfully prosecuted for the 2002 murder of a child. “Black Lives Matter” chants also filled the room before the rally began.

The activists have called on Klobuchar to quit the presidential campaign over the last few weeks.

Klobuchar has touted the case during the 2020 Democratic primary, saying it was evidence that she sought justice on behalf of families in the black community. But an Associated Press investigation raised issues with the handling of the case.