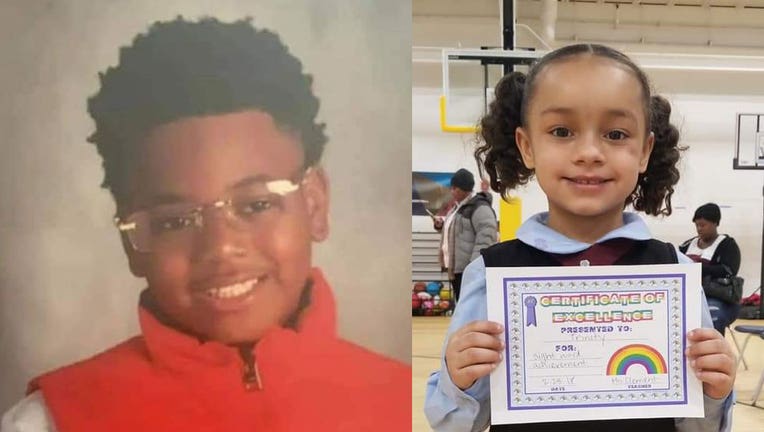 These two Minneapolis children are hospitalized Monday after being shot in the head. Now, their families are pleading with city leaders and the community to take gun violence seriously.

MINNEAPOLIS (FOX 9) - After a 9-year-old girl was shot and wounded in Minneapolis, her stepmother is speaking out against a recent uptick in violence in the city. Korrina Smith said her concerns were also amplified after the shooting of a young boy just weeks ago.

"I can’t believe it. When I found that out, it broke my heart into even more pieces…when is it going to end?"

Families of children shot in Minneapolis call for change

Two Minneapolis families have spent too much time at the hospital recently after their children were shot in their heads. Now, they are calling on city leaders to address the violence plaguing their neighborhoods.

Smith’s step-daughter, Trinity Ottoson-Smith, was struck in the head by bullet over the weekend while she was playing outside. She is now fighting for her life at the hospital, in the room next to 10-year-old Ladavionne Garret, Jr.

He was shot in the head in north Minneapolis on April 30th while riding in a vehicle with his parents. His prognosis remains uncertain.

The grandmother of a 10-year-old shooting victim called out her community in an impassioned speech Monday afternoon during a news conference where city leaders unveiled a community policing plan. In her speech, she said the recent violence was unacceptable and questioned why there was no outrage about the shootings.

Both families are heartbroken and angry. They admit they’re frustrated they haven’t seen the community outrage surrounding the two shootings, and they’re demanding people put down their guns.

According to data from the Minneapolis Police Department, 19 children have been injured by gunfire so far in 2021, far outpacing the seven that occurred during the same time period in 2020.

A Minneapolis community is demanding a stop to the violence after two children were seriously wounded in shootings in recent weeks.

"I hope the Mayor, the Chief and anyone else that may be involved, we hope ya’ll step up, because if not, it’s going to be a deadly summer," said Ladavionne’s grandmother.

For now, Trinity and Ladavionne’s loved ones are holding their children and each other close, praying for a pair of miracles.

"I’m praying for their son," Korrina Smith said. "I hope their son gets to go home…he has to go home. It’s just not fair. There shouldn’t be two kids with gunshot wounds next to each other."