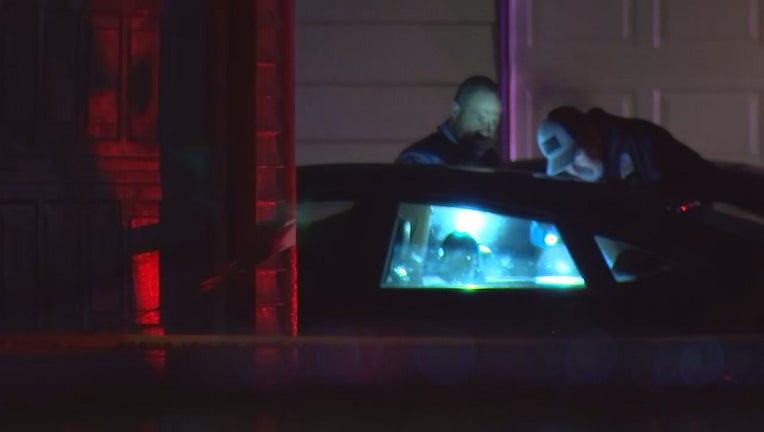 The investigation is underway along Ilion Avenue North after the shooting in Minneapolis. (FOX 9)

MINNEAPOLIS (FOX 9) - Police say a girl was seriously hurt after being shot in the head Saturday night in a drive-by shooting in Minneapolis' Jordan neighborhood.

Officers were called around 8:30 p.m. for the report of the shooting on the 2200 block of Ilion Avenue North. Authorities said the girl was jumping on a trampoline in the yard with other kids when someone in a red Ford vehicle pulled up and fired shots towards a home. The girl, who police say is under the age of 13, was hit in the head by gunfire.

When officers arrived on scene, they say they found the girl suffering from a gunshot wound. Due to the severity of the injury, and with the ambulance not yet on scene, officers rushed the girl to the hospital for treatment.

At this time, police say she is in critical condition.

Breaking down a violent weekend in Minneapolis

An especially violent weekend in Minneapolis included a girl being shot in the head and being hospitalized in critical condition.

Police are now searching for the person who fired shots, who drove away from the scene prior to officers arriving. The investigation into the shooting is ongoing.

Mayor Frey’s heart is with the family as they pray for their daughter’s recovery. He is actively working with community and city leadership to reinvest in and rebuild community safety systems. He is also working with Northside leadership on new targeted initiatives to interrupt and crack down on the gun violence that is devastating families and our community as a whole.