The Hennepin County Sherriff's Office is currently searching for an inmate who was allowed to leave custody on conditional leave for a family funeral, but hasn't since returned.

(FOX 9) - The Hennepin County Sheriff’s Office is actively searching for an 18-year-old inmate who was allowed out of custody for a few hours to attend a family funeral earlier this month, but never returned to the jail as ordered.

Court documents state Shevirio Childs-Young has a lengthy juvenile criminal history involving assault and weapons offenses including being involved in a violent assault and kidnapping case in Saint Paul in February 2020.

On January 3, Childs-Young was granted a three-hour release to attend a family member’s funeral, signed by Hennepin County Judge Regina Chu and ordered to return to the jail by 12:30 p.m. that day. Childs-Young has not been seen since.

While most of Childs-Young’s criminal record before his 18th birthday remains sealed, he was charged in a terrifying attack where he and a group of other teenagers beat up a Saint Paul dad, stole his wallet and credit cards, and then drove off in the family van with two young children inside.

The victim shaken, asked us in the immediate aftermath to conceal his identity, but told FOX 9 at the time, "I had no clue what was about to happen until it started happening – until I started getting punched. Home is supposed to be safe and now none of us feel safe and now."

As for Childs-Young, he was subsequently charged as an adult twice for illegally possessing a firearm and in one case, fighting with a Hennepin County deputy who was trying to arrest him. 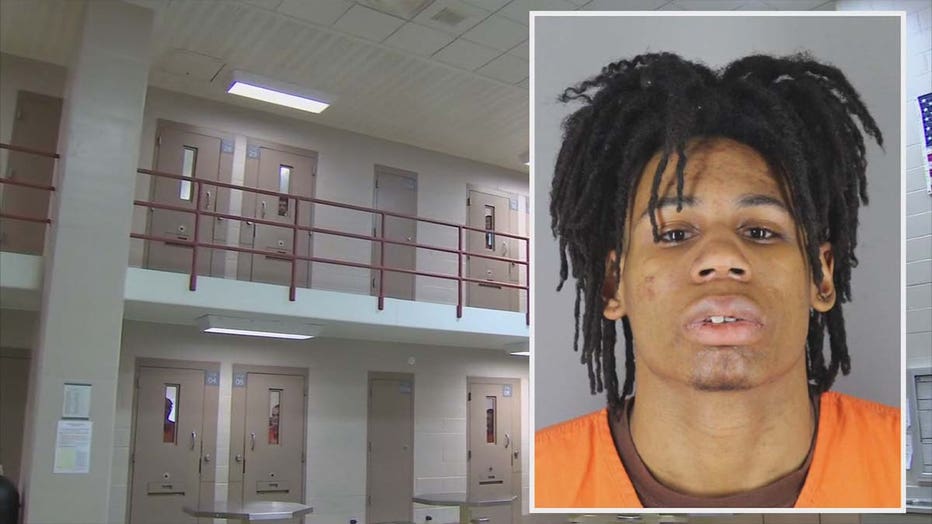 Shevirio Childs-Young, 18, was granted a three-hour release to attend a family member’s funeral, but has not been seen since.

His three-hour release signed by Judge Chu has some, particularly on social media questioning why Childs-Young was allowed out of custody for anytime while Chu rejected pleas from Kim Potter’s defense team to go home for Christmas while awaiting sentencing for killing Daunte Wright.

The Hennepin County Attorney’s Office told Reporter Paul Blume that "due to communication challenges, our office was not consulted" regarding the Childs-Young’s temporary release.

Law enforcement continues its search for him.