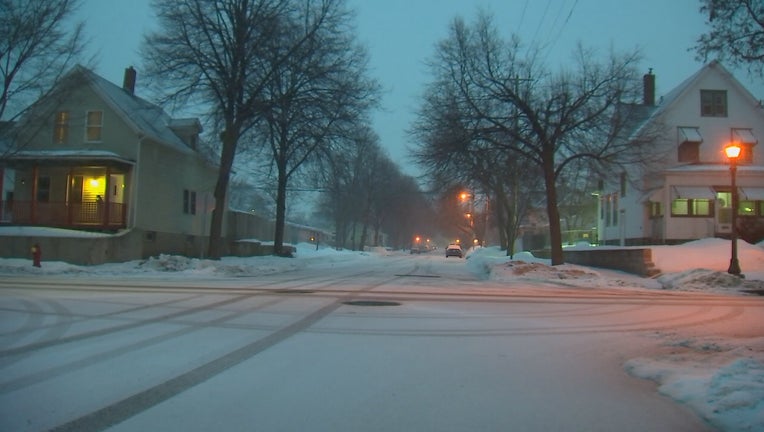 The victim says he was approached outside his house near Virginia and Sherburne streets in St. Paul. (FOX 9)

ST. PAUL, Minn. (FOX 9) - Seven teens are facing charges including robbery and kidnapping after a violent attack and carjacking in St. Paul, Minnesota where a  thief made off with a van with two kids inside for a brief moment.

Family jarred after carjacking with young children inside

The two young children are alright, but their family is scared after the carjacking in a parking lot.

Speaking with FOX 9, the victim in the attack detailed what happened to him. On Sunday evening, as he was getting ready to leave his home on Virginia Street near Sherburne Avenue, he was jumped as he was loading his one-year-old and eight-year-old kids into his van.

According to the charges, the man was adjusting a car seat when the group approached him and one of the teens clotheslined him, knocking him to the ground.

As the suspects went through his pockets, the victim told police one teen jumped into the van and began driving away with his children screaming in the backseat. Thankfully, after driving a short distance, police say the suspect stopped the van and jumped out.

The group then piled back into two other vehicles and drove off.

According to the charges, the teens were caught when an off-duty police officer working at Target witnessed them try to use credit cards to buy gift cards.

Prosecutors say the off-duty officer had heard a call for the robbery and shortly after witnessed two groups of teens enter the store. After seeing one teen try and fail to buy gift cards using multiple credit cards, and learning the victim's name in the robbery, the off-duty officer approached the group. When he saw the name on one of the cards matched the victim, he attempted to take one of the teens into custody as the rest of the group scattered.

The off-duty officer called for help and the boys were arrested in the Target parking lot. Police also located two vehicles reported stolen out of Minneapolis.

On Tuesday, FOX 9 reported on a rash of robberies in recent days in St. Paul, including the violent beating of a jogger near Como Lake. It's not clear if the other robberies are connected to this case.