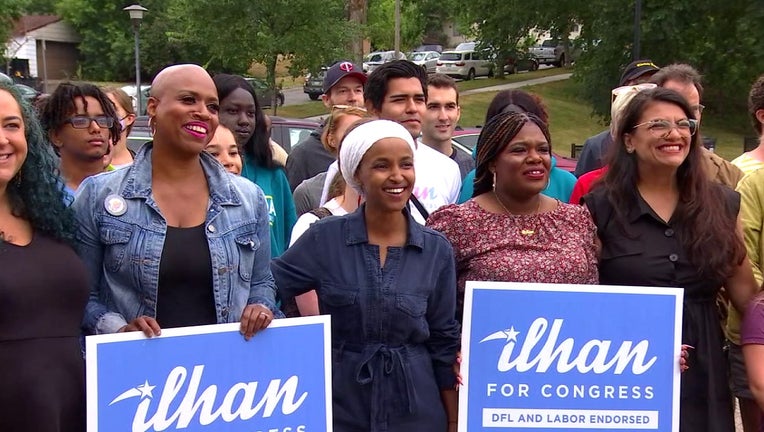 Rep. Omar was joined by members of the "Squad" this weekend as she makes a push before the primary. (FOX 9)

"So I thank you from the bottom of my heart, for putting your faith in me, for standing with me through one of the most difficult times for our community and our country. We have survived a wannabe fascist president, a once-in-a-lifetime pandemic that took so many of our family members, the murder of George Floyd in our city and the uprising that followed. So I know we’re gonna survive whatever they throw at us over the next two years."