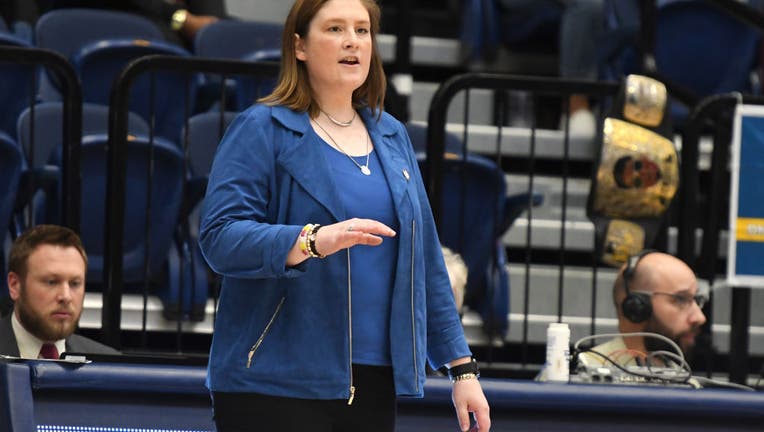 WASHINGTON, DC - DECEMBER 10: Head coach Lindsay Whalen of the Minnesota Golden Gophers looks on during a women's college basketball game against the George Washington Colonials at the Smith Center on December 10, 2019 in Washington, DC. (Photo by Mi ( (Photo by Mitchell Layton/Getty Images) )

MINNEAPOLIS (FOX 9) - The University of Minnesota Board of Regents approved a contract extentsion for Gophers women's basketball coach Lindsay Whalen.

The contract will keep Whalen with the Gophers into 2024. The board approved the extension Friday.

Whalen is currently in her second year as the head basketball coach. Last season, she led the team to a 21-11 overall record and a second round appearance in the WNIT. This season, however, has been a rockier road after high scorer Destiny Pitts announced she wanted to transfer from the program. Currently the team is 15-10, looking to close out strong for a shot at the playoffs.

Whalen, a Minnesota native, played for the Gophers in the early 2000s and ended her career as Minnesota's all-time points leader. She later went on to play in the WNBA with the Minnesota Lynx, helping win four championships.