In the statement posted on Twitter Thursday afternoon, the junior said she was suspended by coach Lindsay Whalen for “body language” during a game against Northwestern. After the suspension, she said she consulted friends and family before entering the NCAA's Transfer Portal.

She said she was thankful for her teammates, singling out Taiye and Kehinde Bello who she said sat out last weekend’s road trip to Illinois in protest of her suspension.

Wednesday, Whalen said the Bello’s and Pitt’s situations are separate, and not related.

“To be a student athlete at the University of Minnesota comes with high standards and expectations. When those are not met, there are consequences. I will always respect the privacy of a student athlete, so I will not go into any detail into what led to my decision or what has transpired since,” Whalen said. “With that said, I can tell you Destiny Pitts' status has not changed. She remains suspended, Kehinde Bello and Taiye Bello will be back for Thursday’s game with Iowa, though their status is still to be determined.”

It’s the first time Whalen has had to suspend players for disciplinary reasons in her college coaching career. It’s been a tough few weeks for Whalen, with her squad trying to snap a four-game losing skid.

Pitts said she is still thankful for the Gophers fans for all of their support.

“Finally, thank you to all of the Gopher fans out there both near and far. Wearing the gold and maroon has always been as important to me as you would expect it to be. I will cherish the fond memories I have of the people here who care about me as a student athlete, but more importantly, as a person,” she said.

At the time of her suspension, Pitts was leading the team in scoring this season with 16.3 points per game. Pitts was named Second Team All-Big Ten as a sophomore last year, and was the team's top perimeter threat, shooting better than 46 percent from three-point range. She finished last season sixth in program history, wtih 171 3-pointers made. 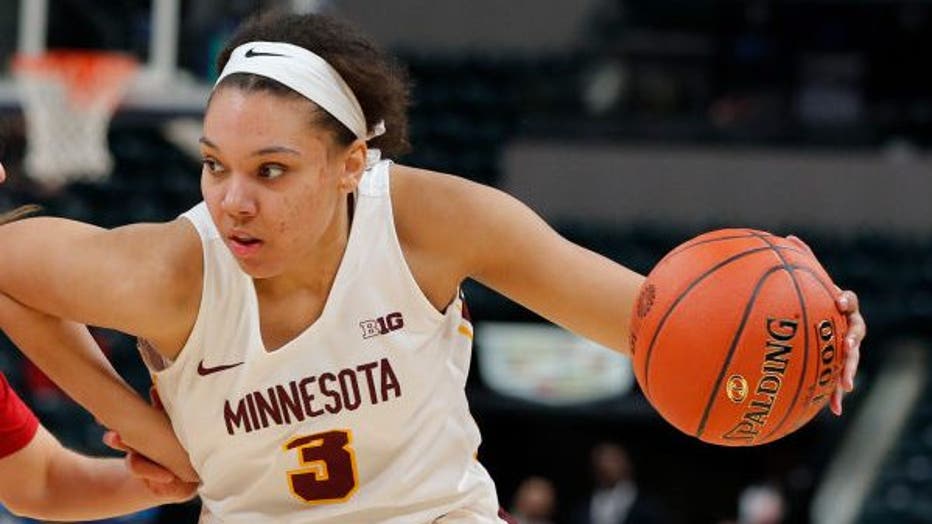 Pitts was a unanimous choice two years ago as the Big Ten Freshman of the Year.

A spokesperson for the Gophers declined to comment citing preperations for Thursday night's game vs. Iowa.

We learned this afternoon that Destiny Pitts intends to enter the transfer portal. As I said yesterday, I will always respect the privacy of a student-athlete and will continue to do so. We wish Destiny the best moving forward.