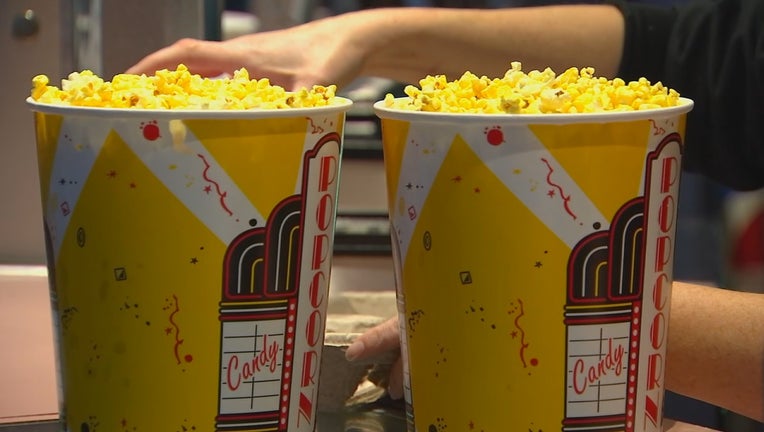 Minnesota theaters will face yet another blow in 2020 as Minnesota goes into another COVID-19 pause. (FOX 9)

WOODBURY, Minn. (FOX 9) - Under Minnesota Governor Tim Walz's new executive order, movie theaters are among those businesses that have to temporarily close for the next four weeks.

With a lack of new mainstream movie releases and capacity limitations, theaters have been struggling across the Twin Cities metro amid the pandemic.

Under Minnesota Governor Tim Walz's new executive order, movie theaters are among those businesses that have to temporarily close for the next four weeks.

Mann Theaters, a Minnesota company, shuttered all their locations Friday until further notice. The Hopkins Cinema 6 announced it will be closing permanently.

As for the Woodbury 10 Theatre, the locally-owned theater is hoping a plea to the public can help them survive. Since reopening in July, the owner says the theatre has been operating at a 95 percent revenue loss.

The theater posted on Facebook that Friday was their last hurrah before the month-long shutdown, asking customers to swing in, even just for concessions as every dollar could help. Customers showed up to show their support.

“If it’s only a month, we can survive and hope they can,” said Michelle Kamholz of Woobury.

“We're here to support them, to show our support for the business because they treat everyone well and we just enjoyed them for years,” said Cindy Smith of Woodbury.

The Woodbury theatre plans to reopen after the pause. The owner says he is exploring whether the theater can do private rentals or popcorn sales like it did during the shutdown in the spring in order to bring in some revenue.