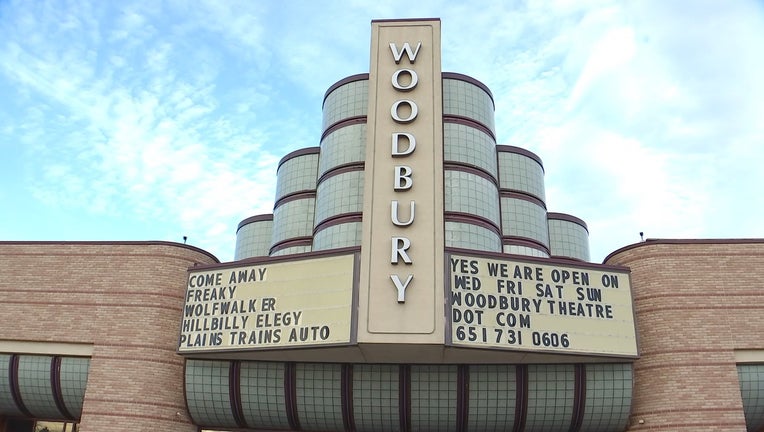 The Woodbury 10 Theatre, an independent and locally owned movie theatre, has been hit hard economically by the pandemic. (FOX 9)

WOODBURY, Minn. (FOX 9) - The owner of an independent movie theater in Woodbury, Minnesota is bracing for the upcoming four-week dial back, which will keep his business closed in the state's effort to stop the spread of COVID-19 amid a surge in cases and deaths.

Nathan Block, who runs Woodbury 10 Theatre, called the new order "devastating." He said since the theater reopened in July, it has been operating at a 95 percent loss in revenue - in part due to the lack of new mainstream movie releases.

On the theater's Facebook, Block posted a plea for business - whether it be a movie ticket or popcorn sale - until the order takes effect late Friday night.

"The Facebook post was sort of me trying to inform the public with what was going on in sort of a subdued cry for help and hopefully get some people out on Friday for one last time before we're looking at closing up for awhile," said Block.

Block says he is looking into whether the theater can do private rentals or popcorn sales like he did during the shutdown in the spring in order to bring in some revenue.

Other businesses impacted by the four-week pause include restaurants, bars and gyms.