MINNEAPOLIS (FOX 9) - With little movement on reaching an agreement with district leaders, Minneapolis educators began their third day of strike on the overpasses and bridges throughout the city. At noon, they'll take to the streets of downtown. 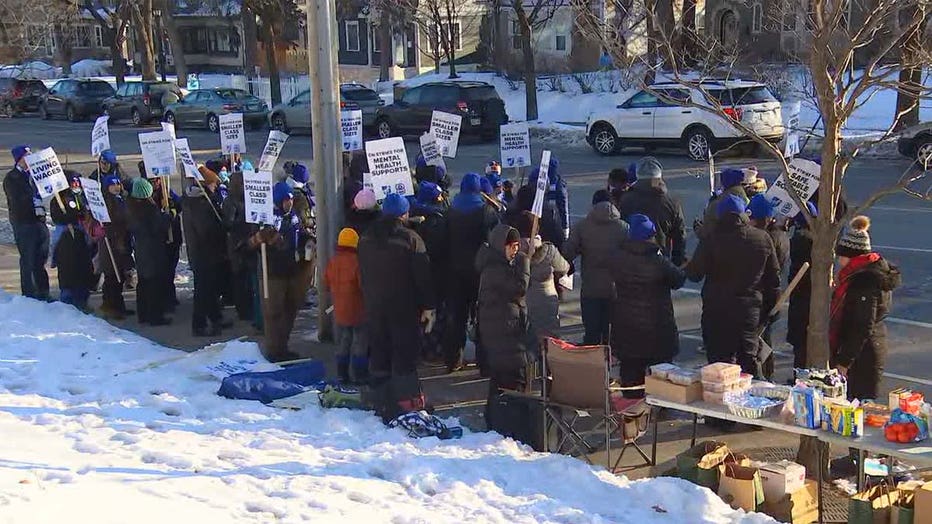 The teachers and support staff in the educators' union began their day picketing on highway overpasses and bridges in Minneapolis and at their district buildings.

Striking union leaders provided an update on the negotiations at 9 a.m. Thursday in front of the Davis Center before going into mediation for another day. 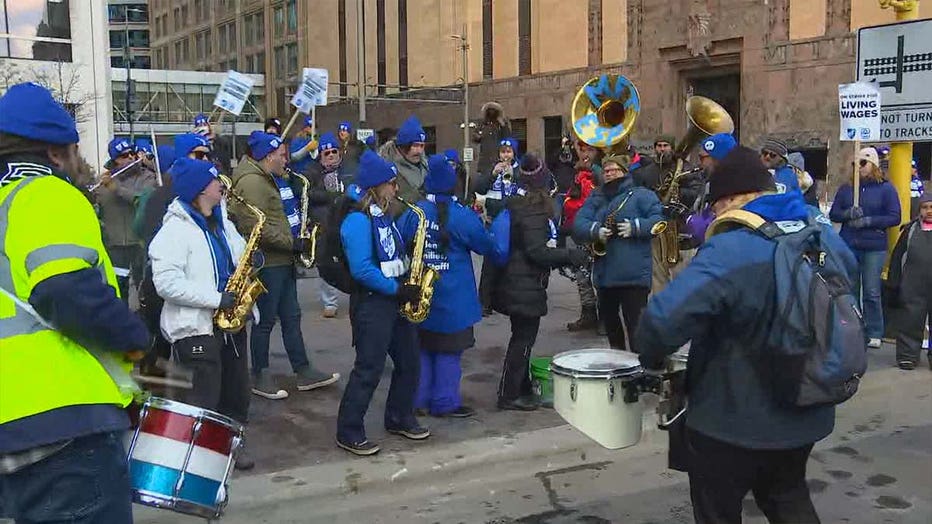 Minneapolis families, housing advocates, public defenders and labor allies are joining the striking educators as they march through the streets of downtown Minneapolis. The rally began around noon on the north side of the Hennepin County Government Plaza near City Hall. 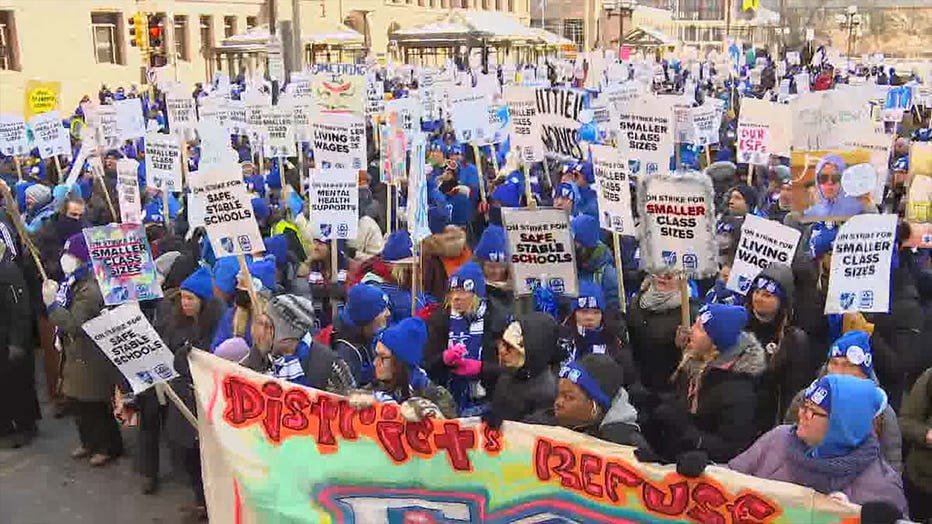 Minneapolis educators take to the streets of downtown Minneapolis on the third day of the strike.

Minneapolis Public Schools and the Minneapolis Teachers Federation met for 90 minutes Wednesday, with no agreement reached. More negotiations sessions are scheduled throughout the weekend.

"MPS is awaiting counter proposals from both teachers and ESPs, including responses on wages, as well as on the District’s proposals related to recruiting and retaining teachers of color," the March 9 update stated. 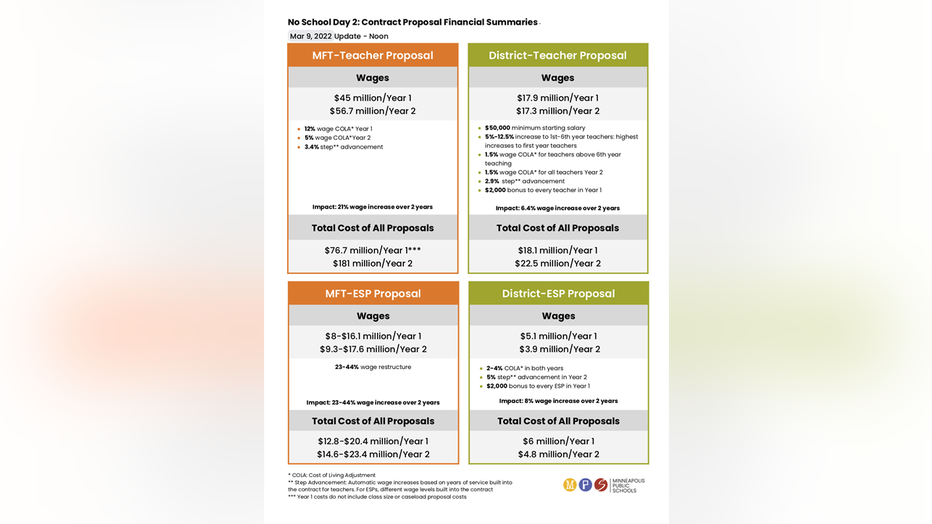 After meeting for mediation, the striking educators took to the Minnesota Capitol to demand state lawmakers to use its $9.25 billion budget surplus to provide students the safe and stable schools they deserve. 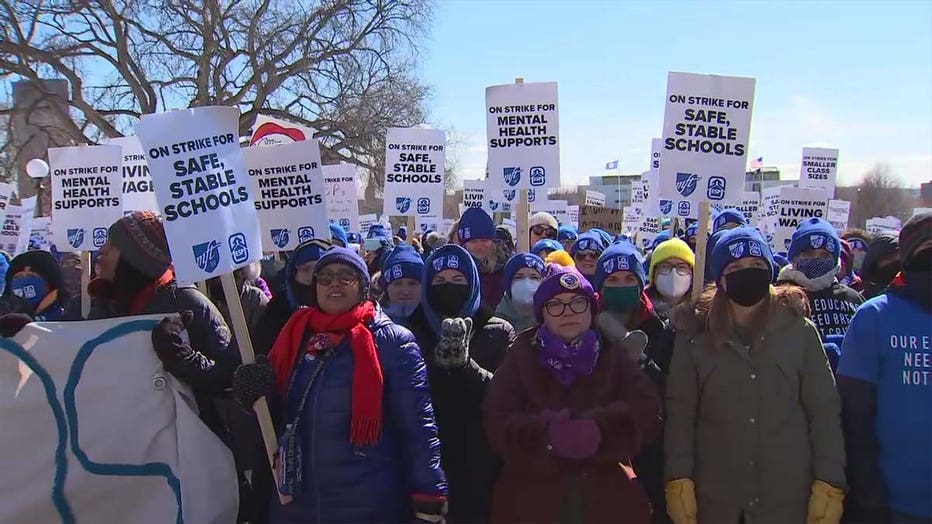 Minneapolis educators rally at the Capitol Wednesday afternoon on their second day of striking for safe and stable schools. (FOX 9)

Superintendent Ed Graff said Wednesday that despite round-the-lock efforts to negotiate, the Minneapolis Federation of Teachers and district remain at odds with their different proposals.

The strike began on Tuesday. It's the first time Minneapolis educators have gone on strike in 50 years.

Minneapolis teachers strike for the first time in 50 years.