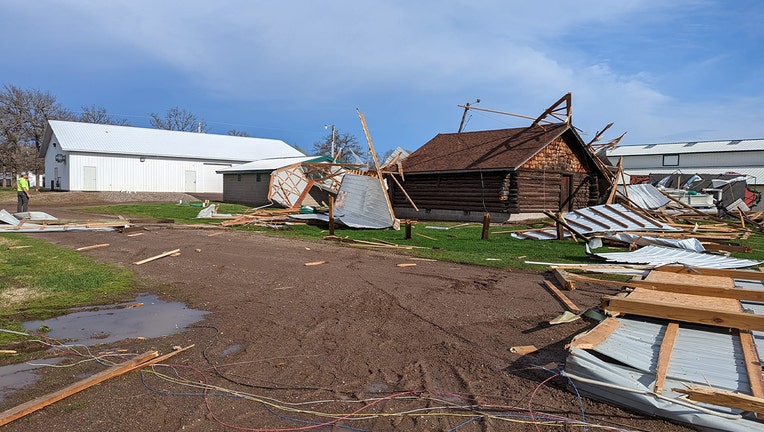 The Aitkin co. fairgrounds suffered extensive damage during Wednesday's storms, but despite the curveball organizers say it will be on with the show.

(FOX 9) - Storms that tore across Minnesota Wednesday producing strong wind and hail damage throughout much of the Twin Cities metro region posed a predicament even less fun in Aitkin – extensive damage to its county fairgrounds.

According to Moriarty six buildings are known to be affected so far – three destroyed, two with extensive roofing damage and another with its doors damaged. But she notes not all damage has been surveyed yet, and similar to many county fairs, during the offseason buildings are used for storage – as a result the fair board is dealing with damage to community property.

"We don’t know about structural issues or shingles or water damage yet," she said. "It was so hit-and-miss – one building was perfectly fine, and the next was gone." 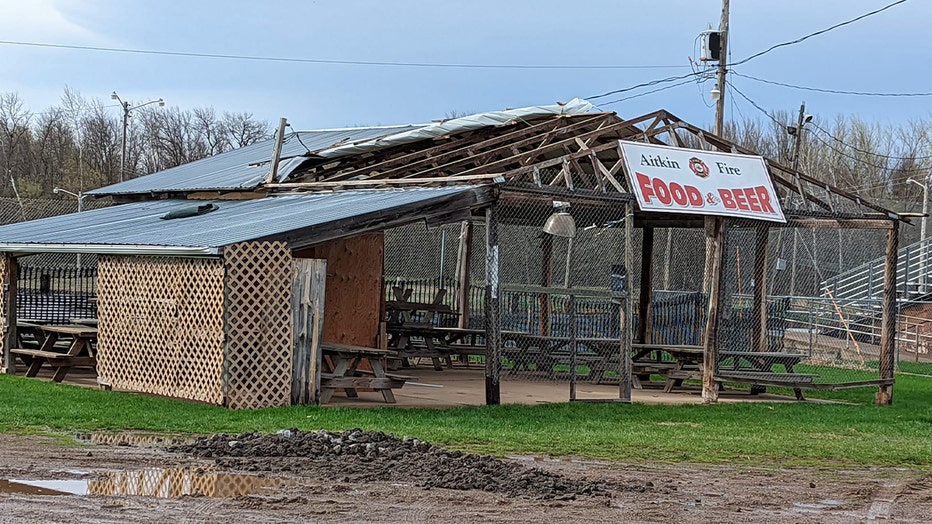 The Aitkin co. fairgrounds suffered extensive damage during Wednesday's storms, but despite the curveball organizers say it will be on with the show.

But with the long-held summer tradition only eight weeks away – from July 6-9 – county fair board officials aren’t flinching in the wake of Mother Nature’s destruction.

"We’ve had a great outreach form the community wanting to come and help," she said. "We’re working as a team and have a temporary plan in place going forward… We’ll make the fair go, we always do. Even in the times of COVID, we made it happen. We look forward to having a great year, just like we did last year – it might just look a little different."

Moriarty noted the board is always looking for volunteers, and will plan to promote its needs via social media in the near future.

"We have lots of support all the way around us," she said.

As Minnesotans prepare for another round of storms Thursday, Moriarty is quick to note that despite their own challenges, they’re not the only ones dealing with damage, saying, "the rest of the town took a good hit, and the community is really pulling together to help everyone. Everybody has really stepped up."