The Minnesota running community is mourning the loss of a woman fatally struck by a pickup truck in Falcon Heights over the weekend. 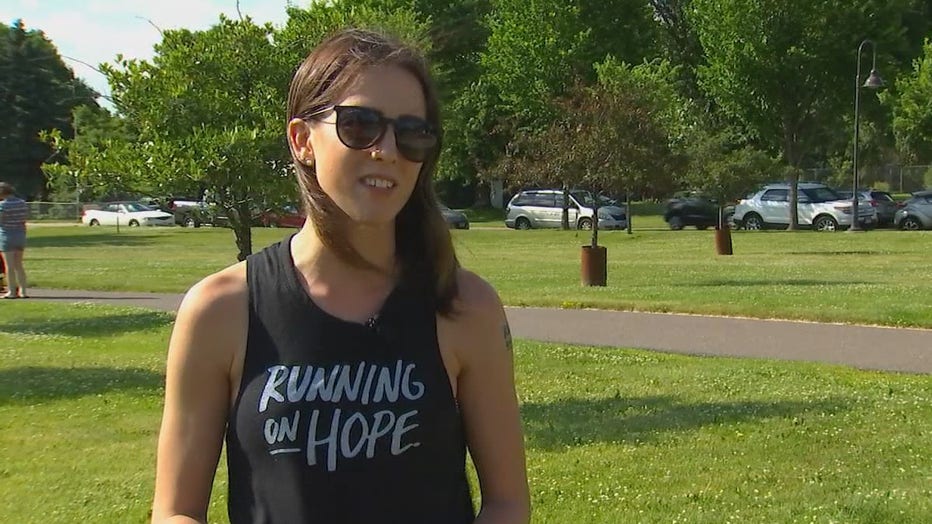 Abby Anderson speaks to FOX 9 in 2019 for an interview about her sister Gabriele "Gabe" Grunewald who passed away from cancer. (FOX 9)

Abby Anderson was killed on the evening of August 14 in Falcon Heights in the area of Cleveland Avenue and Larpenteur Avenue when a pick-up truck hit a parked vehicle, sending the parked vehicle into Anderson who was walking in a grassy area nearby.

According to the charges, bystanders and medics from a soccer game that was underway at Elizabeth Lyle Robbie Stadium ran to help. But, ultimately, Anderson was pronounced dead at Regions Hospital. 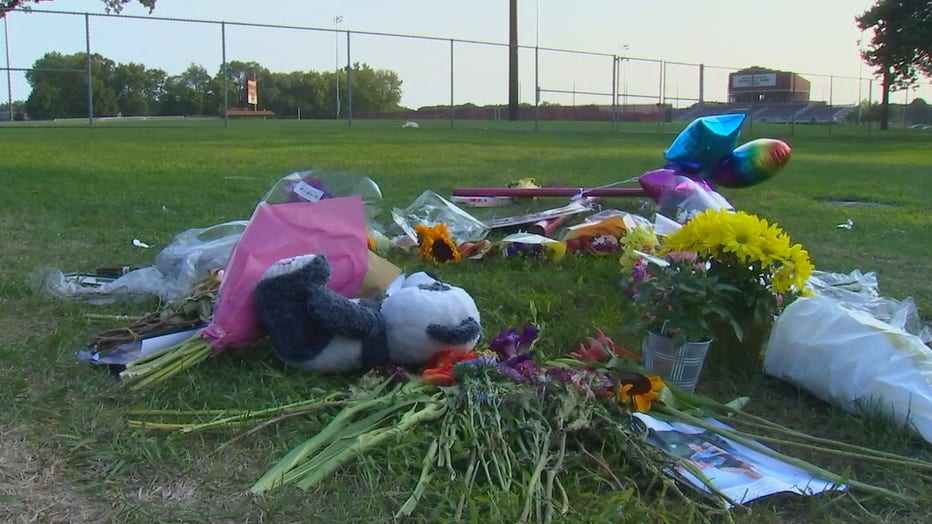 A memorial for Abby Anderson grows near the site of the deadly crash in Falcon Heights, Minnesota. (FOX 9)

Investigators say Dotray's Silverado truck crashed through a fence, ending up on the Les Boland Golf Course before returning to the roadway. Witnesses told officers it appeared the truck ran over Anderson as the driver tried to turn around.

When deputies got on scene, they were able to arrest Dotray, who was apparently dazed and dozed off in the back of the car. In her glove compartment, deputies say they found substances that later tested positive for the presence of methamphetamine. Blood tests that came back last week showed Dotray had amphetamine, meth, and fentanyl in her system.

A report submitted on Wednesday by Minnesota State Patrol estimated that Dotray was traveling between 62 and 64 miles per hour at the time of the collision and there was no evidence that she tried to brake before impact. She was arrested on Thursday.

After Anderson's death, a memorial was constructed at the site where she was hit. Anderson grew up in Perham, Minnesota, and was most recently studying at the U of M to get her PhD before her death. She says Anderson was also a nurse and played a big role in her late sister's foundation called Brave Like Gabe. Grunewald passed away in June 2019.