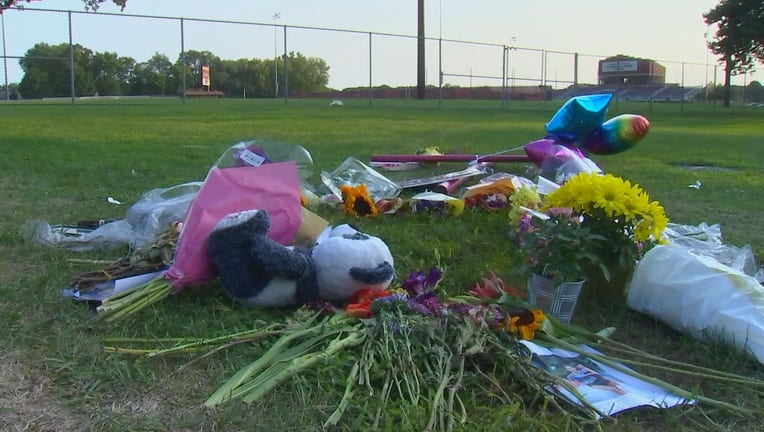 A memorial for Abby Anderson grows near the site of the deadly crash in Falcon Heights, Minnesota. (FOX 9)

FALCON HEIGHTS, Minn. (FOX 9) - A pedestrian has died after being struck by a vehicle over the weekend in Falcon Heights, according to the Ramsey County Sheriff's Office.

Saturday at 6:48 p.m., authorities responded to a crash near the intersection of Larpenteur Avenue West and Cleveland Avenue North.

According to preliminary investigation, a pickup truck hit a parked vehicle and injured a pedestrian who was in a grassy area on the other side of the parked vehicle. Crews rushed the woman to Regions Hospital where she later died.

The driver, a woman, was cooperative with police and had a blood sample taken at Regions Hospital. The crash remains under investigation.

The University of Minnesota cross country, track and field team confirmed Gopher alum Abby Anderson passed away over the weekend, stating their "hearts are broken." On Monday at the scene of the crash, loved ones left flowers, crosses and messages bearing Abby's name at a memorial.

Anderson was the sister of Gabriele "Gabe" Grunewald, a world-class runner who became diagnosed with a rare cancer. Grunewald's story became a source of inspiration, leading to the creation of the Brave Like Gabe foundation. Grunewald passed away in 2019.