The Bangladeshi immigrant watched his restaurant, Gandhi Mahal, go up in flames during the rioting and unrest that followed the murder of George Floyd.

Curry in a Hurry restaurant owner's van stolen in Minneapolis

The owner of Minneapolis' Gandhi Mahal restaurant, which was burned during the riots, is looking for his Curry in a Hurry restaurant van after it was stolen outside his home. The restaurant was then broken into, and money was stolen.

A social media post from Islam and his daughter in the aftermath grabbed attention far and wide when he wrote, "let my building burn. Justice needs to be served."

As he attempts to rebuild the now demolished site on East Lake Street - turning it into a community gathering space and garden - he quickly set up a scaled back restaurant less than two miles away. Curry in a Hurry is open for takeout, delivery, catering, and the summer patio season.

But, a few days ago, his van was stolen right in front of his home. The van was filled with newly purchased catering supplies, kitchen gear, and private business account paperwork. 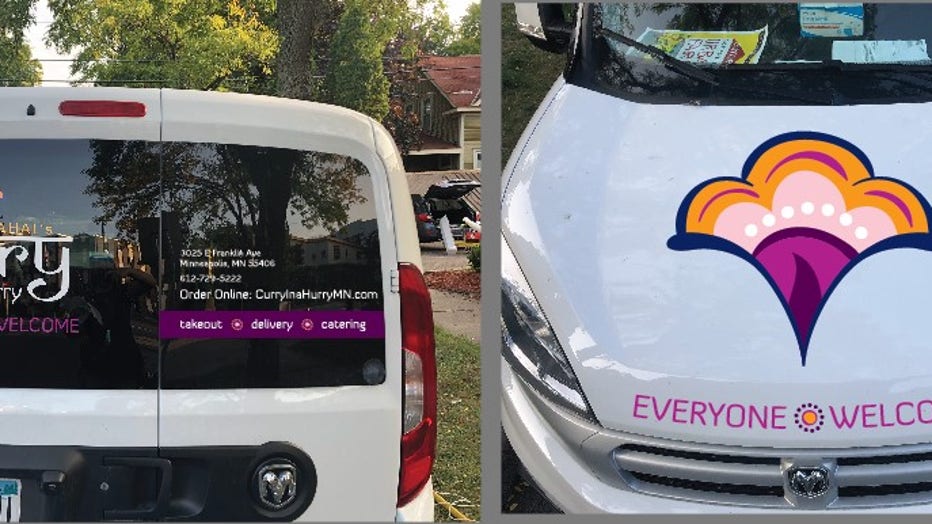 The Curry in a Hurry van was stolen in Minneapolis.

He assumes there was a key to Curry in a Hurry inside, and the thief then used it to enter the business on Monday, stealing hundreds of dollars from the cash register.

Islam said he just wants the truck back - one of the only things that survived last year’s destruction at Gandhi Mahal. He said he is willing to help those behind the theft, promising that he won’t press charges.

"If you need food, I’ll give you food all your life - you’ll have it. Need a job to rent a house, I’ll give you a job. Come work with us and solve the problem... this is what we have to do."

Curry in a Hurry posted on Facebook Tuesday night writing that the van was recently spotted in the area of 38th and Lake and that the tree logos were painted black. If you see the van, call police.