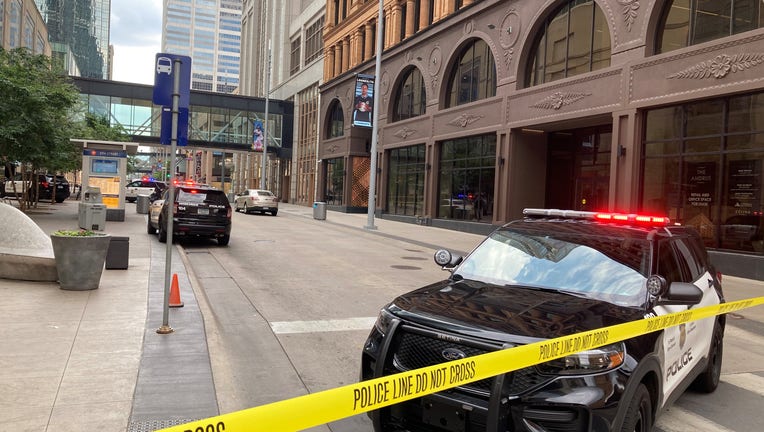 Minneapolis police are investigating a deadly stabbing on Nicollet Mall, which happened on June 22, 2020. (FOX 9)

MINNEAPOLIS (FOX 9) - One man is dead and another is in critical condition following a stabbing on Nicollet Mall in downtown Minneapolis, according to Minneapolis police spokesman John Elder.

Witnesses told police they saw the suspect running away northbound on Nicollet. He was gone before officers arrived. Investigators believe the three men knew each other and had a disagreement which escalated into a fight, during which the suspect pulled out a knife. Elder says the suspect may have tried to get treatment at a hospital, but possibly left before receiving any medical attention.

The deadly stabbing follows a violent afternoon in the city, which saw two shootings in north Minneapolis - one on the 1600 block of N Morgan Ave and another in the 600 block of West Broadway. In both shootings, four people were injured. Shootings over the weekend injured at least 21 people. Monday night, Minneapolis Mayor Jacob Frey and Minneapolis Police Chief Medaria Arradondo held a joint press conference, calling for an end to violence.

“The violence and lawlessness we’ve seen the last few days will not be tolerated," said Frey.