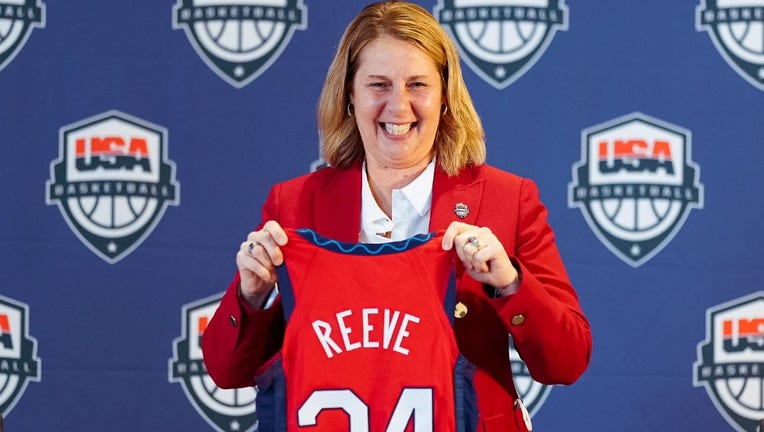 Minnesota Lynx coach Cheryl Reeve on Wednesday was named the next head coach for the U.S. Women's national team as they prepare to compete for an 8th straight gold medal at the 2024 Olympics.

MINNEAPOLIS - Minnesota Lynx coach Cheryl Reeve already knows what it's like to win Olympic gold as an assistant coach. Now she'll get to the chance to do it for the first time as the leader of one of the greatest dynasties in the history of sports.

Reeve was most recently the assistant for Dawn Staley as Team USA won the Olympic gold in Tokyo. Lynx players Sylvia Fowles and Napheesa Collier also won gold medals on that team, the seventh straight gold medal for Team USA in Olympic competition. Back in 2016, Reeve was an assistant on the team that won gold with Fowles, Maya Moore and Seimone Augustus.

Staley stepped down as head coach after the Olympics, leaving the position open for somebody else to take over the dynasty. That someone is Reeve, who has won at a high level pretty much ever since she got into coaching.

"Gosh, since I received the call from Bri sharing that they’d like me to be the national team coach, I thought ‘Boy, they let anybody do these things,’" Reeve joked Wednesday morning. "It was very surreal, the initial ‘Did this really happen?’ Things start to settle in and you start to have feelings. You feel honored, you feel humbled, you feel grateful and you feel excited. Honored to be able to be a part of one of the greatest sports dynasties ever. To represent your country at the highest level of sport, you just feel tremendously honored."

Timberwolves owner Glen Taylor released a statement on Wednesday after Reeve was named the next U.S.A Women's Basketball head coach.

"Becky and I are thrilled for this historic opportunity for Cheryl to lead our country as the new Head Coach of the USA Basketball Women’s National Team. We have been fortunate to witness Cheryl’s leadership and success over the years and look forward to her continuing her journey and remarkable legacy with both the Lynx and USA Basketball," Taylor said.

In addition to winning gold in 2016, she won gold at the FIBA World Cup in 2014, and most recently in 2016, which got USA to the Tokyo Olympics. The U.S. Women's National Team has qualified for every Olympic games, won seven gold medals and is currently on a 55-game wining streak.

Reeve's debut as the head coach will come at the FIBA World Cup Qualifying Tournament, Feb. 10-13, 2022 in Washington, D.C. Team U.S.A.'s opponents will be Puerto Rico, Belgium and Russia. The FIBA World Cup is in Sydney, Australia, Sept. 22-Oct. 1. The winner of the World Cup automatically qualifies for the 2024 Olympics. Between the World Cup and the Olympics, Team U.S.A will also compete in the 2023-24 Olympic Qualifying Tournaments.

"Really exciting opportunity and I just feel incredibly blessed to be able to work with to work with the best athletes in the world. I’m excited about the opportunity to bring us all together, try to qualify for the Olympics and compete for gold," Reeve said.