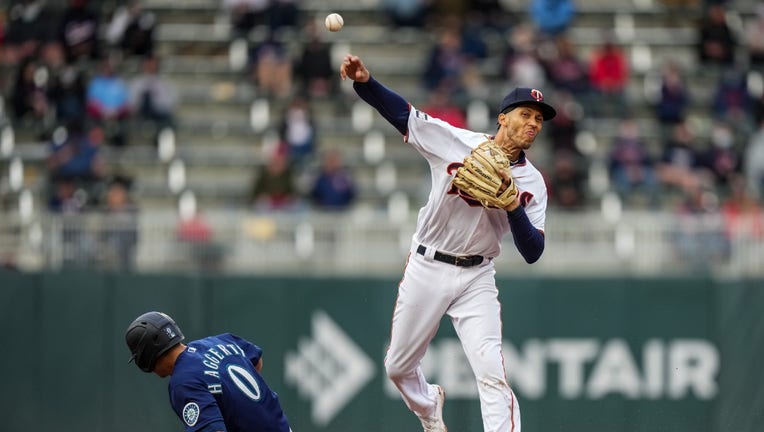 Andrelton Simmons #9 of the Minnesota Twins throws and turns a double play against Sam Haggerty #0 of the Seattle Mariners on April 8, 2021 at Target Field in Minneapolis, Minnesota. ((Photo by Brace Hemmelgarn/Minnesota Twins/Getty Images))

MINNEAPOLIS - The Minnesota Twins are facing the Boston Red Sox in a doubleheader on Wednesday at Target Field, and they’ll be without shortstop Andrelton Simmons.

Twins officials say players and staff are going through COVID-19 testing to see if anyone else on the team is affected. Most of the Twins’ organization got vaccinations last Friday, on the team’s day off after the home opener at Target Field. Simmons said over the weekend he did not get a vaccine.

Simmons has played in all 10 games for the Twins this season. He’s hitting .355 with three doubles and three RBI.