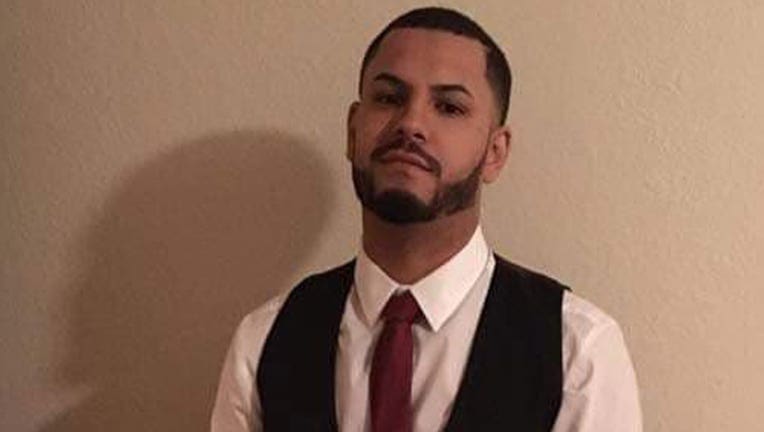 RICHFIELD, Minn. (FOX 9) - The wife of Brian Quinones, who was shot and killed by law enforcement last fall, has filed a wrongful death lawsuit against the City of Edina, the City of Richfield and the individual officers involved in her husband’s shooting death.

Ashley Quinones filed the lawsuit on Monday. She is seeking at least $50 million in damages for Brian’s death.

No charges filed against Richfield, Edina officers in fatal shooting of Brian Quinones

The Hennepin County Attorney’s Office has declined to file criminal charges against the Richfield or Edina police officers in the deadly shooting of Brian Quinones&nbsp;in September.&nbsp;

Brian died on September 7, 2019. According to police, he refused to pull over in Edina for a traffic stop. A chase ensued, which he streamed live on his Facebook page.

The pursuit ended in Richfield. In the video, Brian stopped his car and jumped out. The video showed what appears to be a weapon in his hand, which was later revealed to be a knife. About 10 seconds after he exited the vehicle, gunshots were heard on the video.

No officers were hurt in the shooting and Hennepin County Attorney Mike Freeman declined to file criminal charges against the Edina or Richfield officers involved, saying their deadly use of force against Brian was justified because he threatened them with a knife and refused their requests to stand down.

The wrongful death lawsuit argues the officers’ deadly use of force against Brian Quinones was “excessive and unreasonable” and violated constitutional rights.The lawsuit alleges the cities failed to properly train the officers involved in Quinones' shooting death.

The lawsuit cites “16 seconds of escalation of incompetent officers’ use of force toward a retreating victim” and states Quinones was killed by a “trigger happy, uninformed armed posse of officers.”