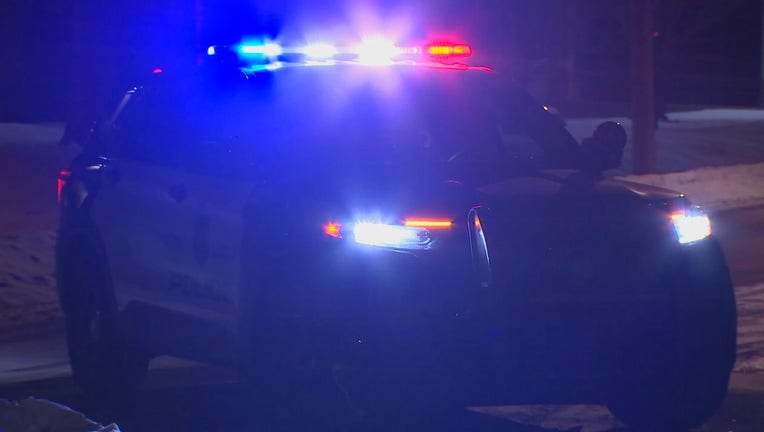 Police investigate a shooting in Minneapolis over the weekend.

MINNEAPOLIS (FOX 9) - A barrage of gunfire late Saturday afternoon terrified a north Minneapolis neighborhood near the intersection of Broadway and Bryant Avenue. Fortunately, no one was injured.

The shooting was captured on D’Narius Lewis’ surveillance system, while the homeowner and landlord quickly videotaped the aftermath and posted it to social media.

Minneapolis community pushes for change amid string of gun violence

The Minneapolis community is calling on city leaders and police as neighbors cope with a recent uptick in gun violence.

"This entire car is shot up. The entire back window out, too," D'Narius said in his Facebook stream while pointing out the property damage. "It’s negative 20 and literally shells are everywhere."

Neighbors said they were frustrated, as they had to wait two hours for police to arrive and begin collecting evidence.

"Unfortunately, this is normal for the neighborhood. Problem is, we don’t want to continue to make this normal. The conversation continues between gun violence and what happens with the council. We want a solution."

D’Narius is calling on city leaders to step up amid the debate over policing and public safety.

"As a person who says, ‘hey we need to need more police officers or less,’ at the end of the day, when we talk about defunding the police, it’s really reinvesting back into the community. So, the ways to defund and reinvest, I want to have the conversation. What does policing our own community look like? We just want a solution at the end of the day."

Meanwhile, the frigid temperatures did little to curtail the gun violence over the holiday weekend. MPD reported at least five locations where people were either injured or killed, including two shot to death in a car along 28th Avenue South, near Roosevelt High School Sunday night. A third person inside the vehicle survived.

In the meantime, Minneapolis activist KG Wilson is calling for peace and an end to the violence, worried that retaliation could escalate the situation in the days ahead.

"We have to find different ways to deal with out anger, our resentment, our differences instead of shooting and killing each other," he said.