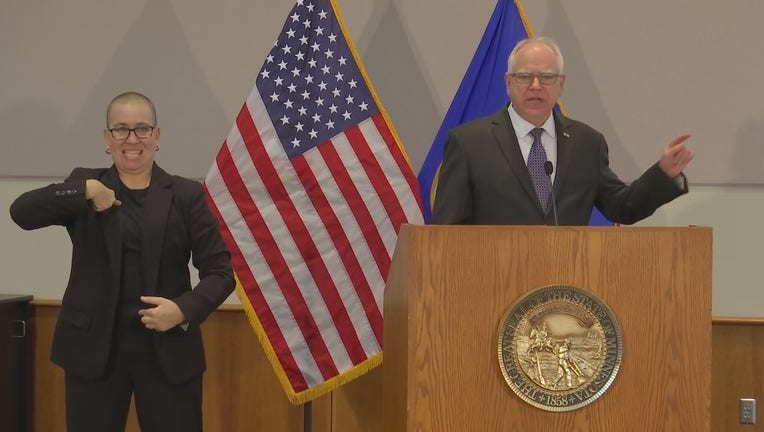 Senate Republicans say they will only pass a simple, "lights-on" budget without any new programs that Walz and legislative Democrats want unless the governor gives up his emergency powers. Walz has kept those powers for more than a year during the pandemic, and Republicans have been powerless to end them.

Lawmakers push for their priorities as they face two weeks left in Minnesota legislative session.

Now, GOP lawmakers sense a new opportunity through the budget process. The state's divided Legislature adjourns May 17 with or without a budget deal.

"We can have a conversation about emergency powers that need to remain related to FEMA and if he (Walz) had to declare emergency powers in the fall (if infections surge), but the mandates that are frustrating people have got to go," Senate Majority Leader Paul Gazelka said on a Fluence Media forum with other top lawmakers Monday.

Walz has allowed Minnesota businesses to reopen, though many still face capacity reductions or curfews. Schools have reopened, while Minnesota health officials have recently said that athletes playing outdoor sports no longer need to wear masks.

Late last week, Walz said Minnesota was close to a full reopening. He has not said what changes he'll make immediately, though he said the Minnesota State Fair would be "pretty close to a normal event" in August.

Other governors have begun setting dates for full reopenings. Walz said he was considering whether to link loosened restrictions to infection or vaccination rates -- even at a county level.

"I don't think we need to start talking about worse case scenarios," said Hortman, DFL-Brooklyn Park. I think the track record is Sen. Gazelka and I have been able to bridge some pretty enormous gulfs."

Hortman said top lawmakers and Walz need to agree to topline budget numbers by Friday to finish the budget on time. Even with agreements on the dollar amounts, highly charged debates will remain in several areas, including taxes and changes on policing.