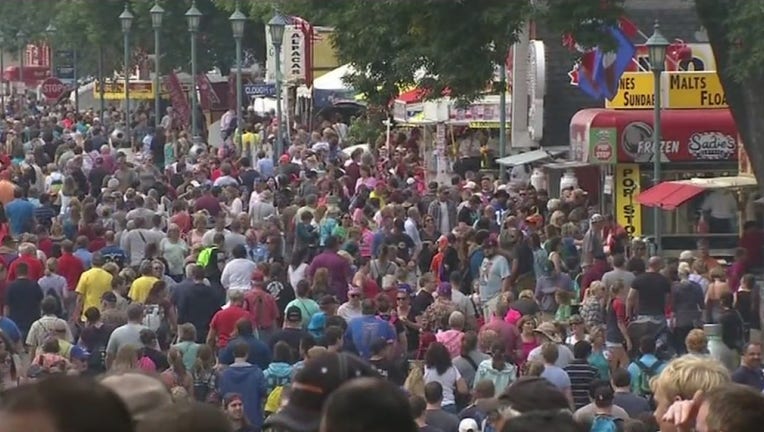 "I think for us the touchstone place is State Fair, everything looks to me on the horizon the way the vaccine is going and the way is the virus is responding that that should be a pretty close to normal event," said Walz at a Friday afternoon press conference.

Walz: Minnesota State Fair should be pretty close to normal

Fair organizers have been hopeful the Great Minnesota Get-Together will be going on as planned this year. In 2020, the fair was canceled due to the pandemic. Several events such as the drive-thru food experience were held instead.

Next week, Walz is planning to announce a further loosening of his economic restrictions. When asked by reporters on Friday, he declined to say how many decisions he's already made. The governor said discussions with health officials and business groups were ongoing.

Minnesota's spring infection wave has been fading. The state's test positivity rate has fallen for the past two weeks, while the number of people hospitalized has shrunk since its April 14 peak. More than 2.5 million Minnesotans have received at least one vaccine dose, 57 percent of the state's adult population.

Walz said the administration is debating whether to link relaxed restrictions with Minnesota's vaccination or infection rates.

"Those who have said, what about counties that have reached 80 percent vaccination rate and the county next to them is 30 percent, (are the rules) going to be different?" Walz said. "That causes a lot of problems. People are mobile. They (go between) different counties. But I do think we'll set some of those things."

Walz also said a "grand agreement" at the end of the legislative session could include a curtailing of his pandemic-related emergency powers.

But the governor said he would not end the statewide eviction moratorium, which is part of his emergency powers, until lawmakers create an "off-ramp" to it. The House and Senate have passed competing proposals, with the House banning evictions for a longer period than the Senate.