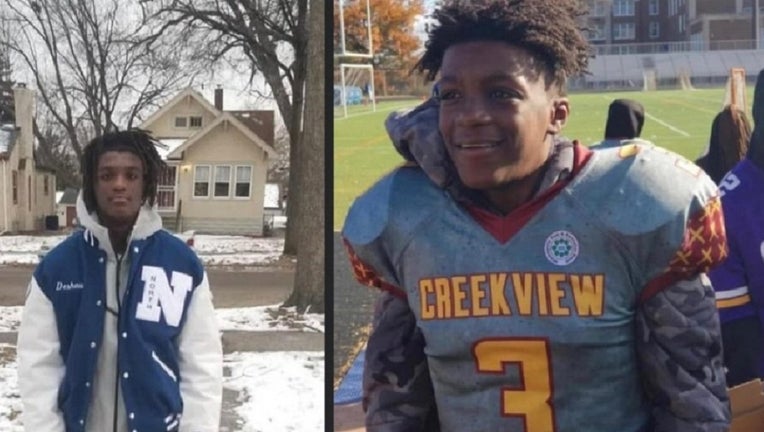 MINNEAPOLIS (FOX 9) - Marking what would have been the North High teen's 16th birthday, March 13 will be "Deshaun Hill Junior Day" in Minnesota.

North High School shared Governor Tim Walz's proclamation Saturday afternoon, while thanking the governor and two Minnesota professional athletes for their support as the community continues to grieve a life taken too soon. 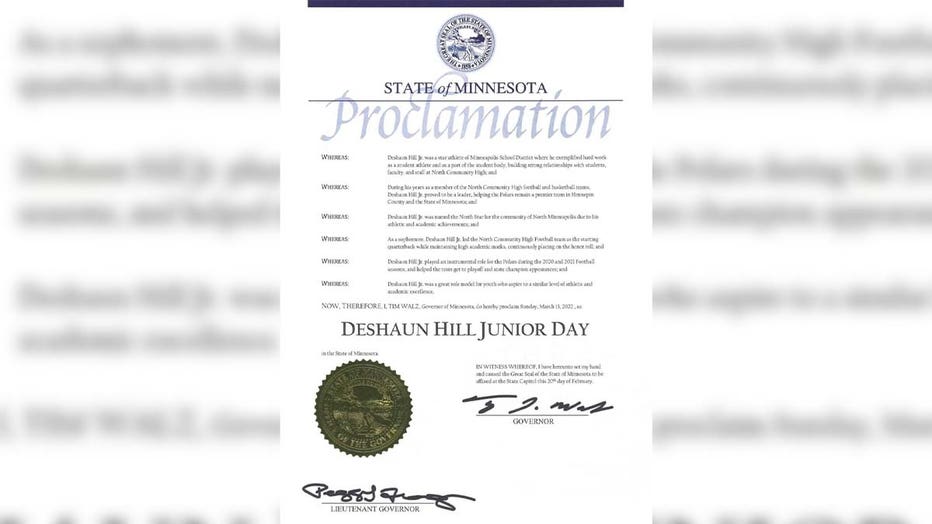 Hill, who was a star athlete and honor roll student at North High, was shot three times on Wednesday, Feb. 9 after brushing shoulders with a man while walking down the street, police said. He died a day later at North Memorial Medical Center. Cody Logan Fohrenkam, 29, has been charged with second-degree murder in Hill's death.

Athletes in Minnesota are continuing to show support for the community at North High, where the 15-year-old started on both the football and basketball teams.

Also, Timberwolves star Karl-Anthony Towns is partnering with AlltrooOfficial to raise money to support the Deshaun Hill Jr. Foundation. People can donate and enter the sweepstakes to win courtside seats to the April 10 Timberwolves game against the Chicago Bulls.

Along with airfare and hotel costs covered for the game, sweepstakes winners will also get to meet KAT afterwards, a signed jersey from KAT, and a pre-game dinner in the exclusive Lexus Club. More information about that effort can be found here.