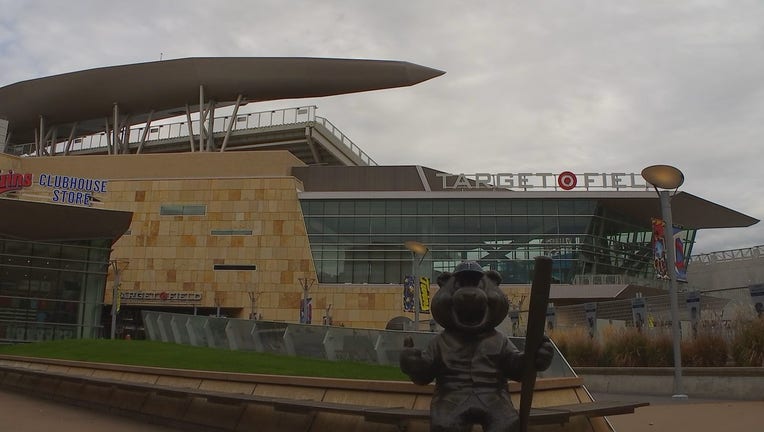 (FOX 9) - Though it wasn’t the outcome they were hoping for, Twins fans cheered on the team Tuesday, and many plan to return Wednesday.

It’s only a couple dozen die-hard fans at Target Field, but the enthusiasm wasn’t lacking as the group waived their Homer Hankies.

Twins fans used to roaring Target Field crowds had to do without Tuesday as the team opened its postseason run.

Fans watched from afar, but the fans that came downtown were happy, settling for a little wet grass and a big screen to watch the Twins play it out.

“I feel like this is a good year for us, honestly. We’ve been playing really well so I feel like I’m excited, but I think in the context of the year, it’s kind of hard to be excited,” another fan said.

Despite Tuesday’s loss, the Twins give it another shot Wednesday.