We spoke to the uncle of Oscar Grant, a 22-year-old man killed by Oakland police in 2009, as he attended a self-care fair at George Floyd square Saturday. He had a message about community, healing, justice and transparency.

MINNEAPOLIS (FOX 9) - Saturday was the last day of a four-day event to remember George Floyd, two years after his murder by then Minneapolis police officer Derek Chauvin.

RELATED: 2 years after the murder of George Floyd, what has changed?

Community members gathered for a self-care fair at George Floyd Square on Saturday, with art and live music for families to come together and reflect on the trauma of Floyd’s public murder. 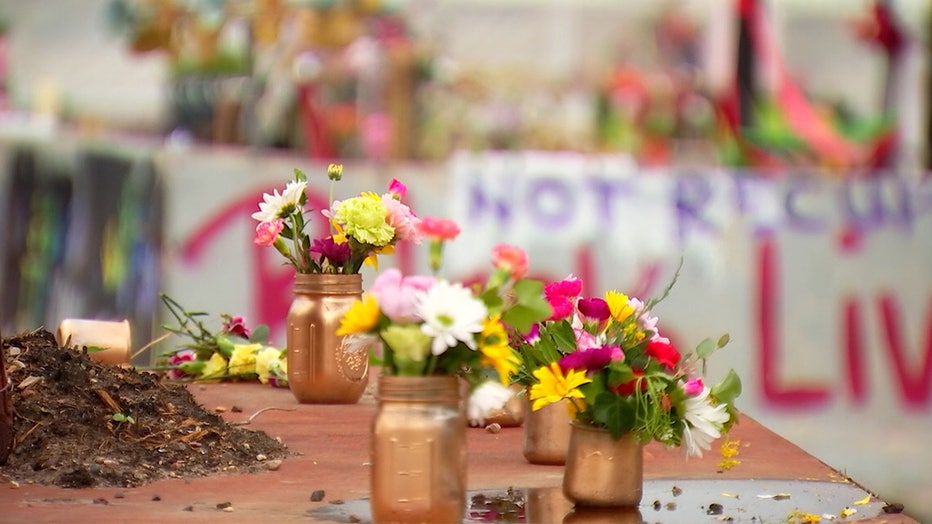 Flowers at the center of George Floyd Square during the Rise to Remember festival on Saturday, May 28, 2022. (FOX 9)

"It’s about healing, it’s about networking, it’s about building each other up and it’s about making sure that you understand this is not an isolated situation, this is systemic," Cephus Johnson said. He understands the pain of losing a loved one to the police all too well.

Oscar Grant died in Oakland, Calif. in 2009 at the age of 22, after a police officer kneeled on his back before shooting and killing him. More than a decade later, his uncle grieves his death and the many other police killings of black men since then.

"To see that knee on George Floyd’s neck and officer Chauvin with his hand in his pocket, with the smirk on his face, was extremely painful because it brought us back to what happened to Oscar, my nephew," Johnson said.

"The only way we can get through this is that we unite our voices and we echo through one voice: justice and accountability and transparency," he said.

RELATED: 'His Name is George Floyd': Comprehensive new book is much more than a biography