Video released of an animal rights activist leaping over courtside seats of Timberwolves owner Glen Taylor and his wife during Game 4 at Target Center in Minneapolis. The protester who took this video was escorted out shortly after. (Credit: Direct Action Everywhere)

MINNEAPOLIS (FOX 9) - A security guard's quick reaction stopped an animal rights protester dressed as a referee running onto the court at the Minnesota Timberwolves playoff game against the Memphis Grizzlies in Minneapolis Saturday night.

Direct Action Everywhere, the group behind the activist campaign, says Sasha Zemmel, of St. Louis, Missouri, was taking off a jacket to unveil her referee outfit as she leaped over courtside seats of Timberwolves owner Glen Taylor and his wife, Becky. A nearby security guard quickly noticed and tackled her as she entered the court. 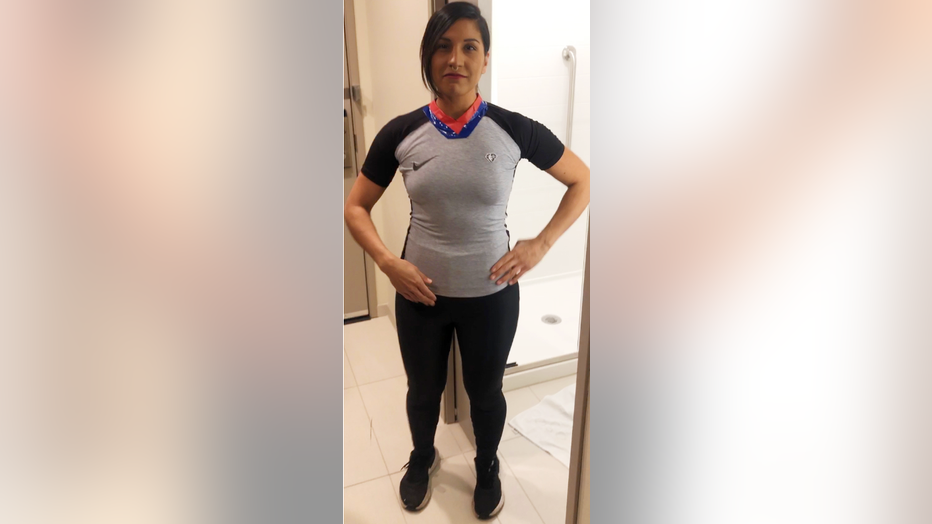 The animal rights activist group has been protesting a mass killing of chickens at Rembrandt Enterprises, a factory egg farm in Iowa owned by Taylor. The chickens died as a result of bird flu.

"Zemmel’s makeshift referee jersey had the jersey number 5.3 displayed on the back, in honor of the 5.3 million chickens killed at Rembrandt," Direct Action Everywhere wrote in its news release for Saturday night's protest.

Zemmel was sitting with another protester in a row near the court before the incident happened during the third quarter. The second protester filmed a video of it, shared by Direct Action Everywhere, before being removed from Target Center. A FOX 9 crew at the game captured video of that removal.

A protester sitting behind the courtside seats of Timberwolves owner Glen Taylor and his wife was escorted out after filming another protester run onto the court during third quarter of the team's playoff game against the Grizzlies Saturday night.

Direct Action Everywhere also said that a similar protest was attempted by a man named Matt Johnson during Game 3 in Minneapolis Wednesday evening, but he was "aggressively shoved to the ground" by security and police officers before making it onto the court.

Saturday night's incident is now the third protest that has happened during the last five games played by the Timberwolves this season.

During Game 1 in Memphis on April 16, a protester wearing a "Glen Taylor Roasts Animals Alive" shirt chained herself to one of the baskets after some flyers hit the court near the basket during second quarter.

At the play-in game against the Clippers on April 12, a woman, who was wearing the same "Glen Taylor Roasts Animals Alive" shirt, went on the floor and glued her hand to the baseline under a basket on the court. 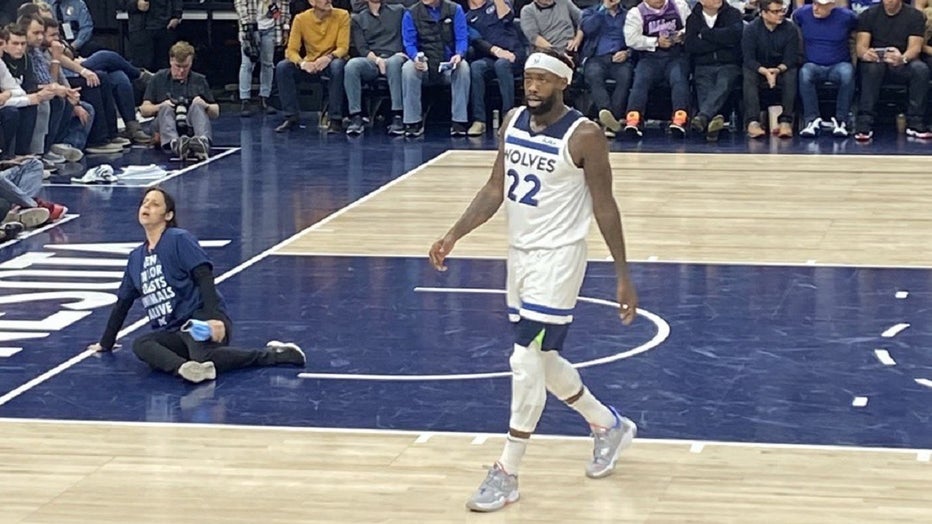 Despite the disruption, the Timberwolves took a 119-118 victory over the Memphis Grizzlies on Saturday night to even the first-round series at 2-2.

A animal rights protester was quickly tackled after entering the court during Game 4 of the Timberwolves playoff series against the Memphis Grizzles Saturday night.