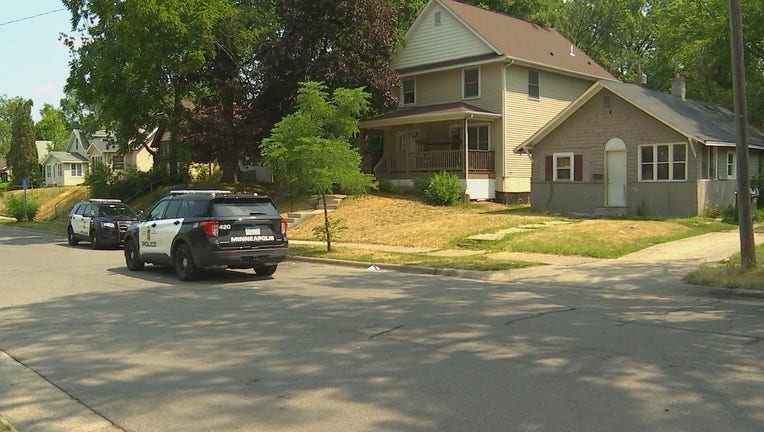 A three-year-old boy was shot in the 2700 block of Thomas Avenue N in Minneapolis on July 16, 2021, according to Minneapolis police.

MINNEAPOLIS (FOX 9) - Police are investigating after a 3-year-old boy was shot in Minneapolis Friday morning, according to Minneapolis Police Department spokesman John Elder.

Elder said police responded to the call just after 11 a.m. to the 2700 block of Thomas Ave N.

Police are investigating after a 3-year-old boy was shot in Minneapolis Friday morning, according to Minneapolis Police Department spokesman John Elder.

An ambulance took the boy to Hennepin County Medical Center. Elder says the boy suffered a serious gunshot wound and is in critical condition.

According to preliminary investigation, the shooting happened inside the home. It is unclear at this time what led up to the shooting.

Minneapolis Mayor Jacob Frey released the following statement in response to the incident:

"The proliferation of guns and resultant ease of access is deadly, and we need every level of government to step up. Until state and federal lawmakers take meaningful action on gun control, local officials will continue working to protect our residents, bring justice to those harmed by senseless violence, and address the root causes of violence plaguing our communities. Our hearts ache for the family of the boy injured earlier today, and specifically the Northside community that has disproportionately impacted by the spike in gun violence."

A week ago, another three-year-old boy was shot in the leg in the 3300 block of Emerson Avenue North. The boy's mother told FOX 9 the child was "doing OK and getting better."

Police are still investigating the shootings of three other children, who were all shot in the head within weeks of each other. Two of the children later died of their injuries, while one of them remains hospitalized. A $35,000 reward split evenly among the three children is available for tipsters that provide information leading to an arrest.