MINNEAPOLIS (FOX 9) - The mother of a 3-year-old boy who was shot in Minneapolis Friday night told FOX 9 on Sunday he is "doing OK and getting better."

The boy was hit by a bullet shortly before 10 p.m. in the Folwell neighborhood. He was playing outside when shots were fired. A bullet went through his leg as he was trying to get inside the house, breaking a bone.

Friday night, Minneapolis saw a scene that is becoming all too familiar in the city. Dozens of shots fired in a neighborhood, leaving a child among the victims.

The boy’s mother said he had surgery and is doing OK. She said he could possibly leave the hospital on Sunday.

He is the fifth child to be hit or grazed by a bullet in Minneapolis in recent months. Two of those children have died. 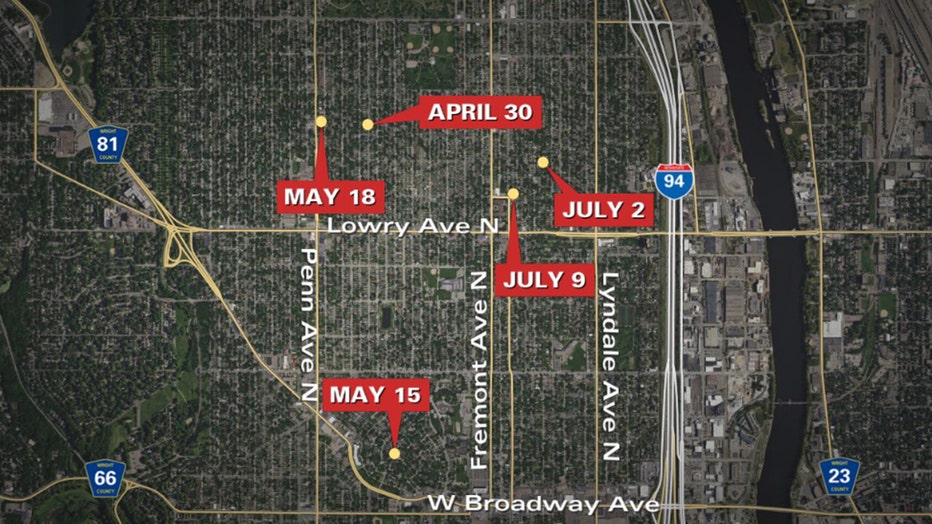 Five children have been hit or grazed by bullets in Minneapolis in recent weeks, two of whom have died.  (FOX 9)