MnDOT says its crews are ready for winter weather

With the first snowstorm of the season hitting parts of the state, the Minnesota Department of Transportation says its crews are ready for the winter weather.

(FOX 9) - With the first snowstorm of the season hitting parts of the state, the Minnesota Department of Transportation says its crews are ready for the winter weather.

"I like to tell people if it snowed in July, MnDOT would be able to get trucks on the road fairly quickly," said MnDOT spokesperson Kent Barnard.

MnDOT says even though the metro isn't expected to get much snow – FOX 9 Chief Meteorologist Ian Leonard says less than an inch – crews in northern and western Minnesota will be out making sure the roads are safe to drive on. 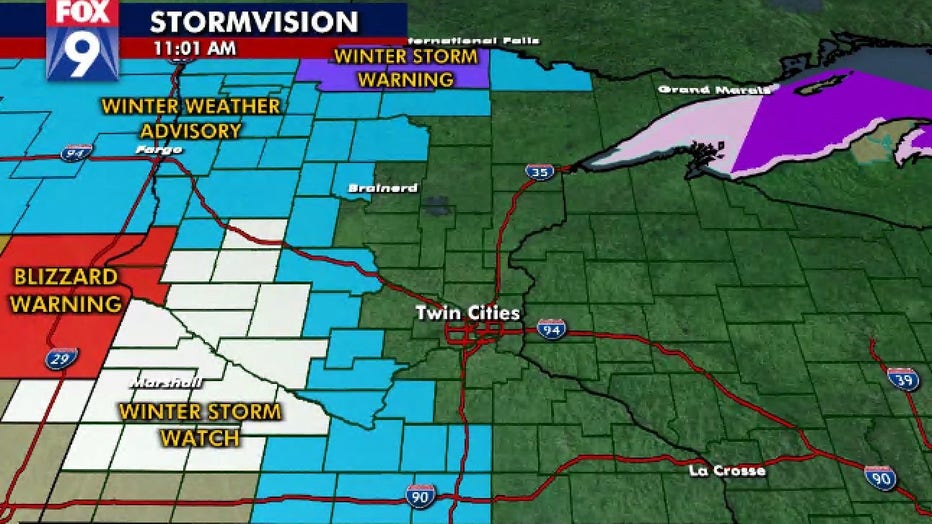 A look at the winter weather advisory, winter storm watch and blizzard warning areas in Minnesota as issued on Nov. 11, 2021. (FOX 9)

While there is a worker shortage across the country, MnDOT says it has more than 1,600 employees who are able to drive the state's 800 snow plows if necessary this winter.

"We do have people who are called auxiliary snowfighters and they might be someone who does a job like mine. They might be called in to fill plows as needed," said Barnard.

As for whether current supply chain issues will affect the state's inventory of road salt, MnDOT says it orders its salt in the spring and ships it in over the summer, so the state's salt piles are stocked and ready to go. 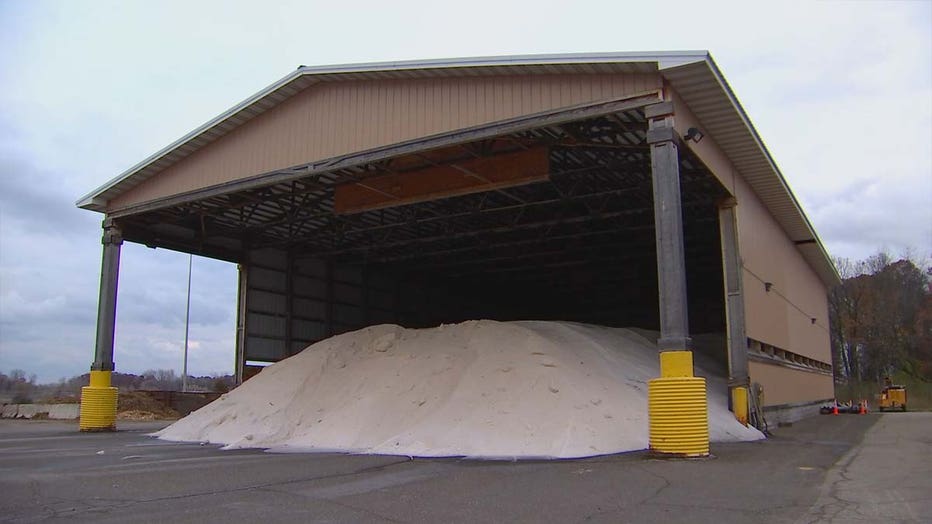 MnDOT says the state's salt piles are ready to go for the winter season. (FOX 9)

And as Old Man Winter makes his return, MnDOT says it's a good  time for drivers to remember their winter driving skills and not to crowd the plows.

"We know as we are getting our first snow, people are relearning how to drive. I would always encourage people to be safe. Slow down. Give yourself time to get used to driving on slippery roads again," said Barnard.