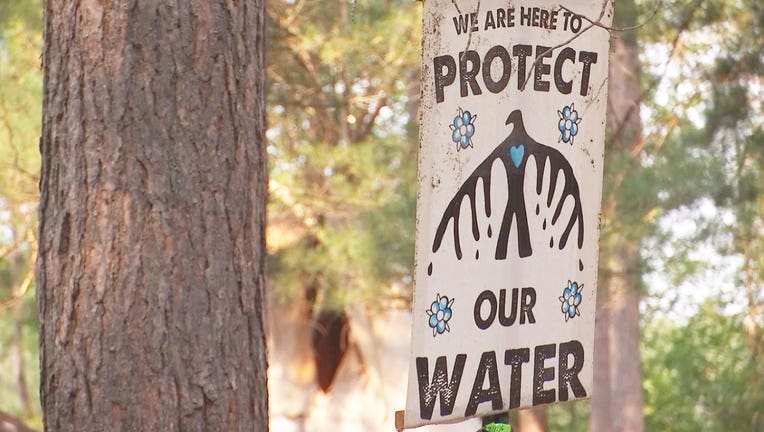 (FOX 9) - For many Native American communities in Minnesota, the Enbridge Line 3 pipeline is just the latest chapter in a strained relationship between tribal communities and the government.

The controversial pipeline became operational on October 1, despite years of government red tape, lawsuits and protests.

Minnesota Untold: Our Land, Their Land

For many Native American communities in Minnesota, the Enbridge Line 3 pipeline is just the latest chapter in a strained relationship between tribal communities and the government.

The pipeline controversy of today echoes back to a tangled history of broken treaties and empty promises.

Winona LaDuke of the White Earth Band of Ojibwe calls herself a water protector. She told FOX 9 her ancestral homeland faces a new threat: an oil pipeline that runs through the heart of Northern Minnesota.

"It’s the food for the spirits – and so our responsibility is to protect our wild rice,"  LaDuke said.

As the stories go, wild rice (or manoomin) is both a sacred food and central to the Ojibwe creation stories.

"Long ago, our people were instructed to follow a shell which appeared in the sky to the place where the food grows upon the water," LaDuke said. "Who gives away your water, your civil rights, your constitutional rights and your land to a foreign corporation?"

LaDuke has dedicated the last eight years fighting to stop Enbridge Energy’s Line 3 oil pipeline from running through areas where her ancestors once lived off the land.

"I’ve got a 3-year-old granddaughter and it would be great if she could still harvest wild rice and fish and I’m pretty sure the only way that’s going to work out is that people like us stand up for her," LaDuke said. 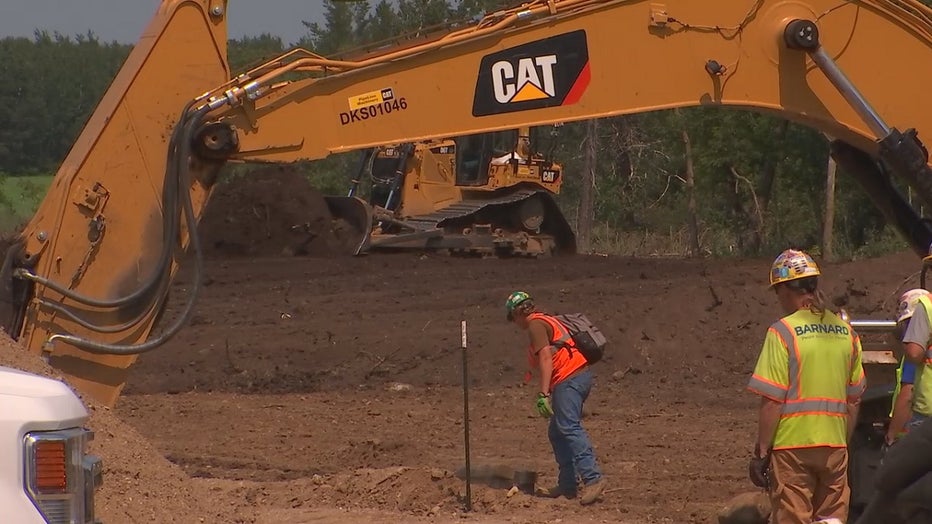 In 2018 – the Canadian-based company Enbridge told the State of Minnesota that the old pipeline constructed back in the 1960s needed to be redone.

The final route for Line 3 avoids most of the federally recognized Native American reservations, with the exception of the Fond du Lac reservation – a tribe which initially opposed the project.

However, following the state’s approval of the pipeline, a confidential deal was struck between the tribe and Enbridge to allow the construction of the pipeline directly on Fond du Lac tribal land.

The pipeline still runs through hundreds of miles of ceded territory – land which was previously taken by the U.S. government through treaty agreements.

"It’s a continuation of the same taking of Native land and rights and the mistreatment of Native people – and the denial of our human rights," LaDuke said.  "It’s exactly the same."

LaDuke was among hundreds of people arrested demonstrating against the pipeline in the months before it went online.

"I have 10 separate charges against me and I spent three nights in jail. A lot of my ancestors probably had exactly the same thing, and I feel like that in 2021 should be time to quit the war on the Indians," LaDuke said. 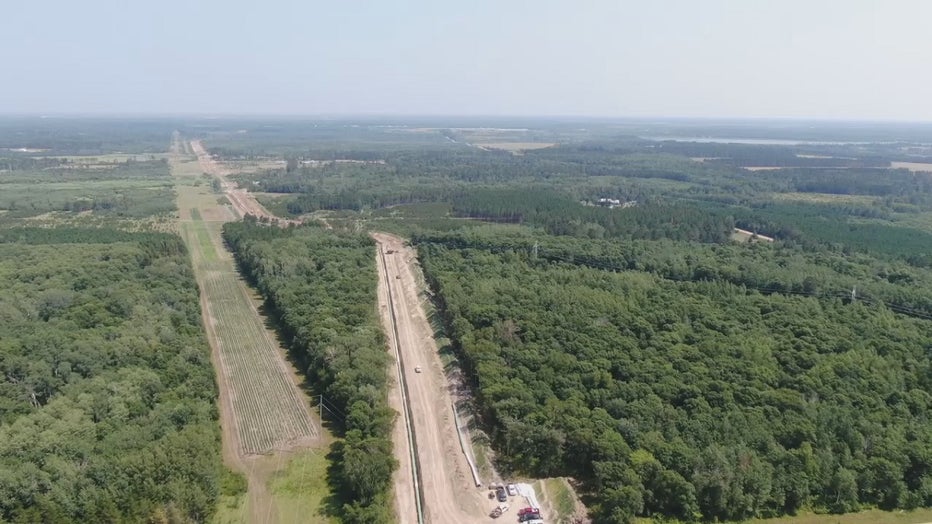 An often untold piece to the story of these land battles is rooted in generations of historical trauma.

In the 1800s, the United States was expanding westward. Native Americans were pushed onto reservations as a result of treaties that promised money, food and supplies in exchange for the land.

However, those deals were often filled with deceit and empty promises.

One of the most diabolical instances led to the Sandy Lake Tragedy.

In 1850, thousands of Ojibwe people were forced from their homeland in Wisconsin to Sandy Lake, Minnesota. The Territorial Governor, Alexander Ramsey, had required the Ojibwe to relocate before giving them their annual treaty payment.

However, the payment was intentionally delayed. Winter came and the waterways froze over which led to the deaths of more than 400 Ojibwe people from starvation, disease and exposure.

More than a decade later, tensions boiled over at New Ulm between the Dakota people and the U.S. government – which became another case of empty promises and broken treaties.

The Dakota War of 1862 became known to historians as a deadly flashpoint in Minnesota history.

"I believe that the Dakota people and the settlers were simply pawns in a game of expansion," said Darla Gebhard of the Brown County Historical Society.

In August 1862, the Dakota retaliated with bloodshed. Hundreds of settlers were killed and so were an untold number of Dakota people.

"The Dakota were displaced from this land, promised payment for the land and settled on land on the reservations which could not support their lifestyle," said Gebhard. "I'm sure as they signed the treaties, some of them hoped this was the right thing for them to do-- it wasn’t."

Throughout the 1800s, tribal communities and U.S. Government signed a series of treaties in exchange for land that would ultimately become the corridor for the Line 3 oil pipeline.

The treaties also preserved Native peoples’ right to hunt, fish and gather on the very land where they were forced out.

Enbridge executives maintain the new pipeline does not violate treaty rights, calling it "the most studied oil pipeline in Minnesota history."

When Fox 9 asked a company spokesperson how confident they were that the pipeline won’t compromise tribal resources or the environment, Mike Fernandez replied, "Well, because we’ve done the work."

Enbridge points to a 300-mile survey led by Jim Jones to identify key cultural resources considered sacred to tribes along the route of the pipeline.

"The line has encountered a number of changes that were identified back in the 2018 surveys and routes were changed to avoid impact," Jones said, who is a member of the Leech Lake Band of Ojibwe.

Jones is skeptical of the claim that the pipeline violates treaty rights.

"It’s only in the last three to four years where the state has recognized that all you need to rice now on state land is a tribal ID but I remember four years ago, five years ago having to buy a state license so I could rice the Mississippi river outside of Grand Rapids, Minnesota," Jones said.

The legalities of treaties

At the Mitchell Hamline School of Law, professor Angelique EagleWoman said treaties are considered the supreme law of the land.

As recently as 1999, the U.S. Supreme Court upheld treaty rights including the right to gather wild rice.

"If you make it so that you've drained all the water and there's no wild rice that isn't upholding your end of the treaty," EagleWoman added.

Ultimately, efforts to stop the construction of the pipeline were not successful even following appeals to President Biden which has left critics like Winona LaDuke to shift their efforts in hopes of shutting it down.

"This is a scary proposition for all of us. Hopefully, it's a lesson for Minnesota before it's too late -- so we can protect our water and protect our future generations," LaDuke said.

Yet in a place where promises have been broken generation after generation, you can’t help but wonder how long the fight over treaty rights might last.