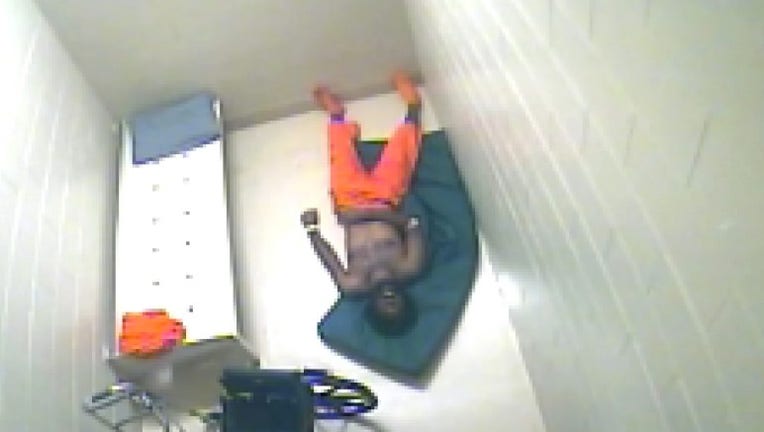 This 27-year-old died in Beltrami County Jail and now his family is suing the county, the jail and the medical professionals they say misdiagnosed the man, leading to his death.

MINNEAPOLIS (FOX 9) - The Minnesota Department of Corrections is promising to re-review jailhouse procedures after the death of a man who died from medical issues while serving time at the Beltrami County Jail.

The DOC is responsible for inspecting county jails to ensure all rules were being followed at the time of an in-custody death. Its initial review of this case found no violations occurred when Hardel Sherrell died.

The Minnesota Department of Corrections is promising to re-review jailhouse procedures after the death of a man who died from medical issues while serving time at the Beltrami County Jail.

After watching the video of her son’s death, Sherrell’s mother expressed outrage on several fronts. One of her questions is how the first Department of Corrections investigation found no violations when it came to the proper care and well-being of her dying son.

“My son had a very high tolerance for pain and when he called me crying on the phone, I knew something serious had happened and was going on,” said Del Shea Perry, Sherrell’s mom.

Perry and a handful of supporters took their fight to the DOC Tuesday. They held oversized photographs of Sherrell, including a surveillance video screenshot of Perry's only child laying face down on the jail floor.

“My son did not deserve the treatment, the neglect and the abuse he got,” she said.

Perry recently filed a federal civil rights lawsuit against Beltrami County and the medical providers who treated her son during his short time in Bemidji.

The Minnesota Department of Corrections is promising to re-review the death of a man who died from medical issues while serving time at the Beltrami County Jail.

Sherrell was 27 when he was arrested. He was accused of being a felon in possession of a gun and was transferred to Beltrami County.

A little more than a week after his arrival, seemingly in good health and spirits, Sherrell died. Videos released by the jail show him struggling and in pain.

Authorities have reported he ultimately died of pneumonia, but Sherrell’s family claims he was suffering from Guillain-Barre Syndrome, a rare disorder where a body’s immune system attacks the nerves, eventually leaving a patient paralyzed. They insist it is treatable if diagnosed.

“He laid on that floor until he took his last breath,” Perry said. “That’s not OK.”

In a recent court filing, Beltrami County shot back, denying the allegations of abuse and maltreatment.

The County’s legal team wrote that Sherrell was thoroughly examined at a hospital and medical staff found no reason to keep him there and that nobody ever mentioned the potential of Guillan-Barre Syndrome.

The DOC determined all welfare checks were proper, concluding there were no violations.

The Corrections Commissioner says his office will take another look at Sherrell’s case and the department’s post-jail death review processes.

In the county’s court filing, after Sherrell’s hospital examination, medical staff told correctional officers they believed the inmate was “faking” his condition.

“They all thought he was faking it,” said Perry. “How about his facial drooping? How do you fake high blood pressure?”

The county declined to make anyone available for an on-camera interview, but stated that the only independent autopsy found no anatomic cause of death and singled out the DOC review of the case.