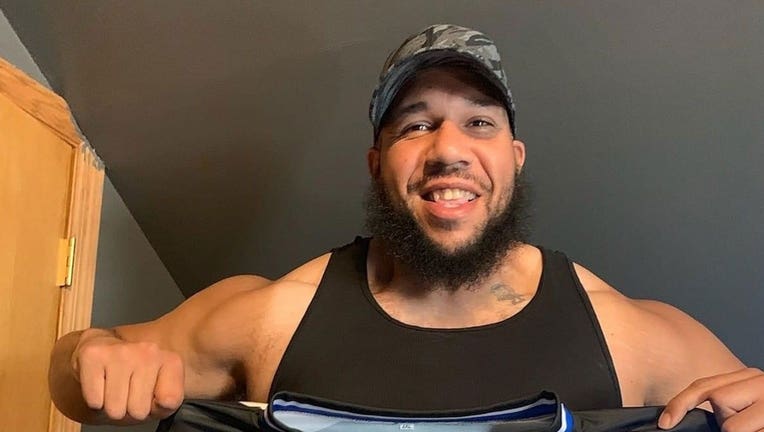 Drew McGinley was shot and killed Wednesday night in Minneapolis. Thursday, members of the community talked about what he meant to them as a coach and mentor.

MINNEAPOLIS (FOX 9) - A deadly shooting outside the Elk’s Lodge in Minneapolis Wednesday night has a community reeling.

Friends and associates identified the victim as Drew McGinley, who is known around the Minneapolis community for his t-shirt printing business. More importantly, he was known as a big-hearted youth sports coach and mentor who loved kids.

A deadly shooting outside the Elk’s Lodge in Minneapolis Wednesday night has a community reeling.

"I never thought I would see this about my brother," said Dawn Abrams, a friend. "I called him my brother. Never would I think that about him."

Wiping away tears, Abrams tended to a small memorial for someone so close. She referred to him as family.

"He was a good guy," said Abrams. "He loved hard. He was there for everybody. I don’t know anyone who would say a bad thing about him. He definitely didn’t deserve to be here. I shouldn’t be setting up balloons for somebody like him."

Abrams said, for so many, McGinley was a larger than life figure in the community.

McGinley coached and helped organize a neighborhood baseball program for the Agape Movement at the Phillips Rec Center Fields for kids living in and around 38th and Chicago.

Years earlier, McGinley had taken Abrams’s son under her wings.

"He meant a father to me, really," said Keith Cook, a former player. "He was there for me. Football, basketball, in my life, school, everything."

McGinley was shot and killed right outside the Elks Lodge on Plymouth Avenue. We’re told a group had gathered here for a memorial for someone else Wednesday night, when a conflict escalated into gunfire.

He died at the scene in what is the city’s 42nd homicide of the year.

His death was felt far and wide in Minneapolis.

"He was somebody from our neighborhood who was giving back to all these kids," said Abrams. "He loved the kids. He was there for anybody’s kids. Didn’t matter. He gave his time up, dedicated for kids and coach. He did a backpack giveaway last year for the kids before COVID. He did a lot. He was a loving person."

We are heartbroken to share the news that Andrew McGinley, a member of Agape Movement, has passed away due to community gun violence yet another black life lost to senseless violence.

While we mourn the loss of a loving man, father, brother, son, uncle, friend, coach, and community member. We celebrate his life and hope that it serves as an example to young people to work hard to make their dreams come true, to be willing to explore and push the limits, and to selflessly serve a cause greater than themselves. Drew was working hard to transform street energy into community energy. We are deeply troubled that his life was taken in such a tragic way.

Currently, upon the request of the family we are not taking interview requests and ask for privacy of the family to allow them time to grieve the loss of their loved one Andrew McGinley "Drew".

If you would like to share your memories and condolences in the interim, you can simply email agapebstewart@gmail.com.