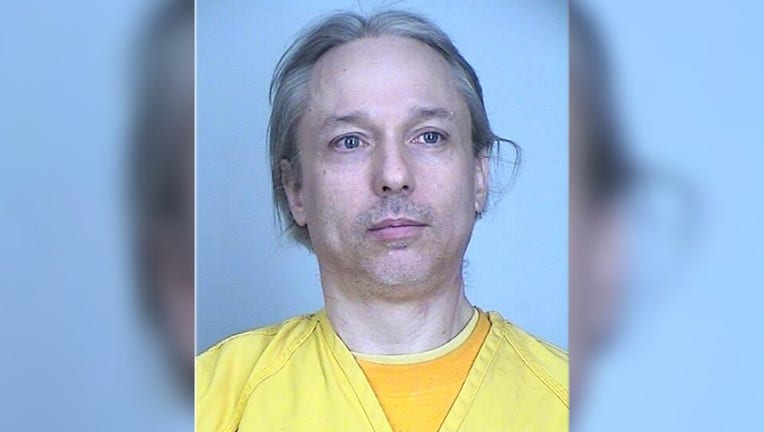 Emily Hari, formerly known as Michael Hari, was found guilty for being the mastermind of the bombing of Dar al-Farooq Islamic Center in 2017 in Bloomington, Minnesota. (Supplied)

ST. PAUL, Minn. (FOX 9) - An Illinois militia group leader has been sentenced to 53 years in prison for being the mastermind behind the 2017 bombing of a Bloomington mosque.

A federal court judge handed down the sentence Monday, describing the bombing as as "an act of domestic terrorism… highly sophisticated, a premeditated attack."

Illinois militia group leader Emily Hari, who was previously known as Michael Hari and recently said she is transgender, was found guilty last year on all five federal counts in the attack on the Dar al-Farooq Islamic Center: intentionally damaging religious property, obstructing the free exercise of religious beliefs, conspiracy to commit federal felonies with fire and explosives, carrying and using a destructive device and aiding and possessing an unregistered destructive device.

The militia leader who planned the 2017 Bloomington mosque attack was sentenced to 53 years on Monday.

At the sentencing Hari addressed court, wishing the victims "God's richest blessings." Hari's defense attorney told the judge that no one was meant to be hurt by bombing and was meant to scare.

Hari faced a mandatory minimum of 30 years in prison for her role in the bombing. Prosecutors were seeking a life sentence, saying she had not taken responsibility for the attack.

Two other members of the militia group, Michael McWhorter and Joe Morris, pleaded guilty to similar charges in 2019 and later testified that Hari planned the attack.

The bombing occurred at Dar al-Farooq Islamic Center on August 5, 2018 as morning prayers were about to begin.

Federal prosecutors said Hari, McWhorter and Morris had rented a truck and driven from Illinois to Bloomington to bomb the Islamic center. Around 5 a.m., one of the men broke the window of the imam’s office and another lit the fuse of a pipe bomb and threw it through the broken window.

The pipe bomb exploded, causing extensive damage to the imam’s office and fire and smoke damage throughout the Islamic center. Several worshippers were inside the building at the time, but no one was injured or killed.