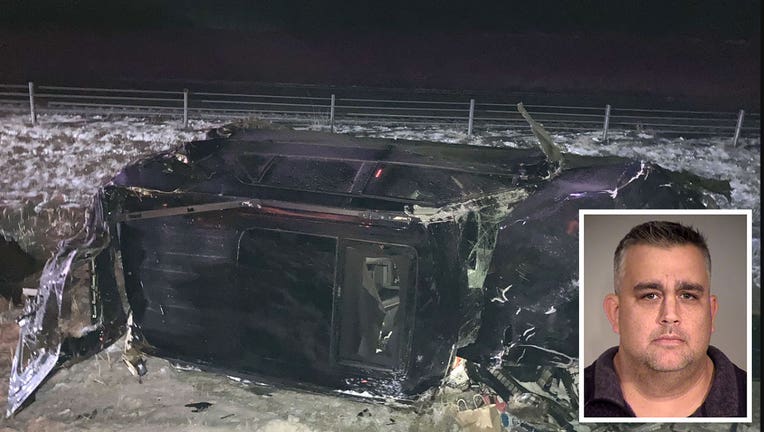 What's next for Sheriff Dave Hutchinson after drunk driving crash

Hennepin County Sheriff Dave Hutchinson pleaded guilty and was convicted of a fourth-degree DWI less than two weeks after the crash. Now as pressure mounts for the sheriff to resign, some are questioning why that process happened so quickly before all of the evidence was collected.

When reporters asked Gov. Walz if he thinks Hutchinson should resign, he responded "yes."

"I think most Minnesotans know, and most Minnesotans understand, there are consequences for decisions like that. I wish that he gets the help that he needs to move on with his life," Gov. Walz said.

Minnesota State Representative Kristin Robbins (R-34A) is calling for the Attorney General’s Office to investigate whether Hutchinson received special treatment. Hutchinson was able to plead guilty and receive his conviction just 12 days after the crash and before investigators say they learned how fast he was going at the time of the crash. The Douglas County Attorney’s Office said not having that information at the time of conviction is "not an anomaly; processing that stuff usually takes time."

"When I saw that 126 miles an hour, any other Minnesotan their driver’s license would be revoked and that hasn’t happened to him, and he’s faced no other real serious consequences," Rep. Robbins said.

Numerous DFL and GOP lawmakers have called for the sheriff's resignation. Some, including state Sen. Omar Fateh, DFL-Minneapolis, did so in December, days after Hutchinson's crash.

Under Minnesota state law, drivers can have their licenses revoked for driving speeds faster than 100 miles per hour, especially when they’re under the influence.

"Everyone has to be treated the same, and you cannot have different justice for public officials than we do for everyday Minnesotans," Rep. Robbins said.

The POST Board has requested documents in this case to start this investigation but says they have to go through their due process before anything happens. The POST Board cannot move forward with an investigation into law enforcement members' licenses until after a conviction.

Meanwhile, Minnesota State Representative Cedrick Frazier (D-45A) is proposing a new bill that would allow licenses to be revoked before a conviction, acting similarly to other licensing boards across the state.

There are three ways Hutchinson could lose his office: 1.) He could be voted out in a recall or the next election, 2.) He could resign, or 3.) the POST board could take away his law enforcement license.