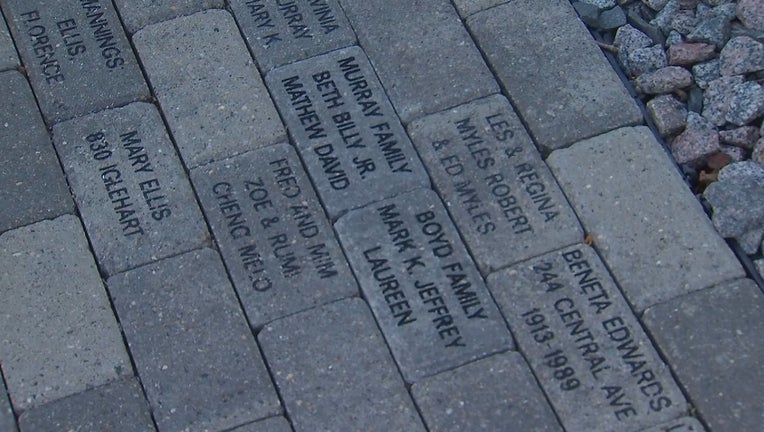 The commemorative bricks are one way organizers hope to keep the memories of the Rondo neighborhood alive for coming generations. (FOX 9)

ST. PAUL, Minn. (FOX 9) - A timeless tribute to a once-thriving Black neighborhood in St. Paul is getting some new additions. The Rondo Commemorative Plaza is laying a new path from a dark past to a brighter future.

"These are the two new bricks that were just put down," said Mary K. Boyd, who grew up in the Rondo neighborhood.

A timeless tribute to a once-thriving Black neighborhood in St. Paul is getting some new additions. The Rondo Commemorative Plaza is laying a new path from a dark past to a brighter future.

For Boyd, visiting the history walk at the Rondo Commemorative Plaza is like taking a stroll down memory lane.

"I wanted to buy a brick because I wanted my family to be remembered," she explained. "It's a pathway to learn more about who was on Rondo, what they did, and what it was all about."

Boyd was one of about 100 people who turned out for the 3rd annual "Every Brick Counts" ceremony. This year, community members bought 52 engraved bricks to add to the walk to commemorate the people, places, and businesses that made up the predominantly Black neighborhood that was torn apart by the construction of Interstate 94 in the 50s and 60s.

"Our goal is to fill every brick with a memory, an address an event a loved one’s name that keeps the legacy of Rondo alive," explained Marvin Anderson with the Rondo Center of Diverse Expression.

Among the new additions, bricks honoring the Black cycling club named after Major Taylor, the first African American World Cycling Champion and Black workers at the meatpacking plants in South St. Paul, who were unable to live in the community where they worked in the 40s and 50s because of the color of their skin.

"Sooner or later, these elder memories are going to vanish and unless we find a way to permanently etch them in the minds of our youth they'll be gone," added Anderson.

"It almost makes me want to cry in a way," said Boyd. "I'm very pleased and happy that this is being done."

Boyd hopes by memorializing rondo's past, the bricks will pave the way to a brighter future.

"I want people to take away that curiosity and that reach for learning more," she concludes.