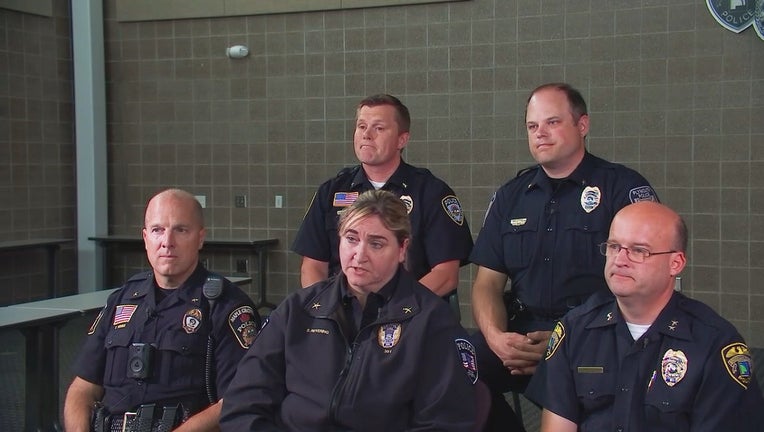 (FOX 9) - Police chiefs across Hennepin County are joining some mayors in asking the county attorney’s office to be more aggressive in prosecuting suspects as violent crime continues to rise.

Letter from the police chiefs

"As we have shared with you in the past, we believe law enforcement officers throughout the county are working hard at violent criminal apprehension, but we feel those criminals are consistently not being held accountable for their actions after they are arrested," Crystal Police Chief Stephanie Revering wrote on behalf of the association.

The police chiefs association asked Freeman to help and assist in the following areas to stop the increasing crime:

The Hennepin County police chiefs are planning to meet with Freeman to discuss these issues next week on January 12, according to the letter.

I hear and understand the concerns being raised by city leaders and police chiefs. Over the past three weeks, I have reached out to the police chiefs and mayors throughout Hennepin County. I have reiterated my commitment to partnering and collaborating with them to address the increase in crime impacting our county. My office’s priority remains focused on supporting the victims of these crimes and the impact of these crimes on the safety of our neighborhoods. We are charging and prosecuting both juveniles and adults to the fullest extent of the law.  Our practice has always been to focus our limited resources on the most violent crimes first and that is what we are doing.

Violent crime in Hennepin County requires that we work now as partners and attack it together. Accordingly, I will be meeting with mayors and police chiefs again next week. We have been and will continue to work with our criminal justice partners to address the increased crime and to develop focused prevention strategies.

Letter from the mayors

The mayors say there is a "sense of lawlessness and lack of accountability" for suspects involved in criminal cases and urge the Hennepin County Attorney's Office to partner with city officials and police chiefs to address these issues.

"We support reform in the criminal justice systems. However, the safety of our communities cannot be jeopardized in the process," the mayors wrote. "Decisions to not prosecute serious crimes sends important messages to both perpetrators and our residents."

Regarding the rise in carjackings, the mayors say they appreciate Freeman's efforts to aggressively prosecute these cases, however, they are requesting the county attorney do more.

"We specifically request that you review the policy changes your office has taken regarding the posting of bail and the prosecution of crimes in Hennepin County."

CLICK TO READ THE FULL LETTER FROM MAYORS HERE

The letter from the Hennepin County Chiefs of Police Association echos shared concerns from city leaders on the county's violent crime.

In December, Plymouth mayor Jeff Wosje called on Freeman to collaborate on crime prevention and prosecution. This came shortly after mayors, city managers and police chiefs from Edina, Bloomington, Eden Prairie, Minnetonka and Plymouth met to discuss the recent increase in property and vehicle-related crimes in the metro.

One of the goals established by the southwest metro coalition is "strengthening partnerships with law enforcement and the Hennepin County Attorney’s Office, with the goal of changing policies which have led to an increase in vehicle-related crimes in our cities."

Police chiefs from Brooklyn Park, Crystal, Maple Grove, Plymouth, and New Hope, spoke with FOX 9 in July about the increased gun violence they are seeing in their communities.

Suburban police chief on rising violent crime: 'We’ve never seen it like this'

On Wednesday afternoon, at 4:33pm, an argument of some kind turned into a shootout between three men with handguns. More than 20 rounds were fired. One man was arrested.