Plymouth Mayor Jeff Wosje is shocked by the bold and brazen crimes happening in and around his city and says residents are, too.

PLYMOUTH, Minn. (FOX 9) - Plymouth Mayor Jeff Wosje is shocked by the bold and brazen crimes happening in and around his city and says residents are, too.

"I've never seen anything like this," said Wosje. "It doesn't matter what Park and Rec programs there are, (what) the quality of life is. If they aren't safe, if they don't feel safe, then nothing else is going to matter."

He's not just concerned about the crimes, but the lack of consequences for the criminals committing them.

"We had a situation where (police) went through a chase with someone who was wanted for car theft, 12 prior arrests and... the county attorney still refused to charge that person," said Wosje.

News of the arrests come on the same day mayors, city managers and police chiefs from Edina, Bloomington, Eden Prairie, Minnetonka and Plymouth met to discuss the recent increase in property and vehicle-related crimes in the metro.

After meeting with mayors, police chiefs and city managers from four other cities this week, Wosje is now calling on Hennepin County Attorney Mike Freeman to sit down with them and work on a solution.

"We want them to know what's going on and the effect their policies are having in our cities and how it's making our cities less safe."

Specifically, he says a policy implemented at the start of the year eliminating the bail system for 19 non-violent felonies, including auto theft, has helped fuel the recent crime wave involving automobiles.

He's not the only one calling for collaboration with the Hennepin County Attorney's Office. At a community meeting earlier this week, interim Minneapolis Police Chief Amelia Huffman was asked if her officers are getting the support they need from the justice system when it comes to repeat offenders.

"We need to sit at the table with all of those partners to look at the data...the list that we have in front of us and each individual set of circumstances and identify what those meaningful interventions are going to be," said Huffman.

Amelia Huffman, the interim chief of police, speaking at Shiloh Temple about the Minneapolis Police Department's approach to stopping carjackings.

On Tuesday, Freeman announced he would be stepping up prosecutions, dedicating two attorneys to carjacking cases.

Wosje thinks that's a good first step but believes a lot more needs to be done. 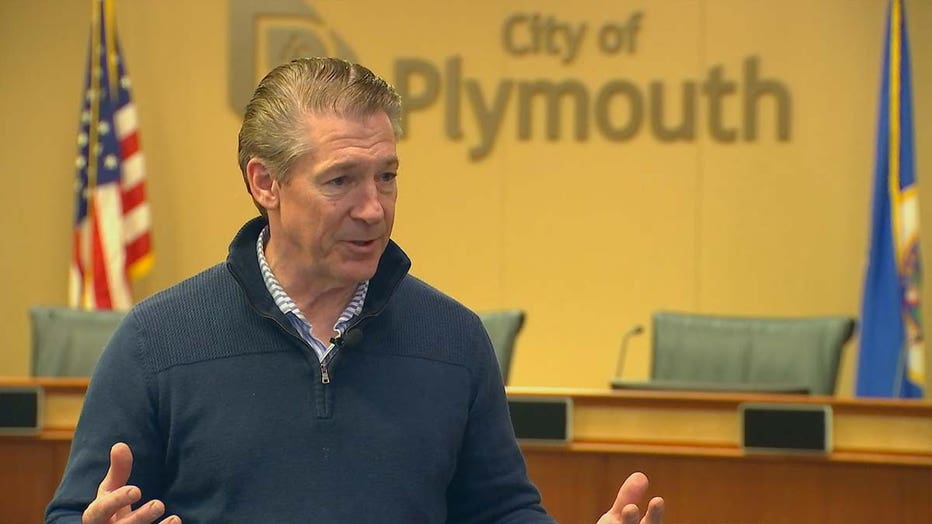 In an email on Sunday, a representative for Hennepin County Attorney Mike Freeman pointed to a statement issued earlier in the week explaining the attorney's office had prosecuted 87 percent of carjacking cases referred to its office in 2021: "Carjacking cases referred to the HCAO are up in 2021 from 2020 in both adult and juvenile. As of December 13, 2021, there were 138 referrals of carjacking cases to the Hennepin County Attorney’s Office, 94 of which were juveniles and 44 were adults. In 2020, 124 cases were referred to the office. The office charged 75% of the referrals so far in 2021 and 87% of referrals in 2020."