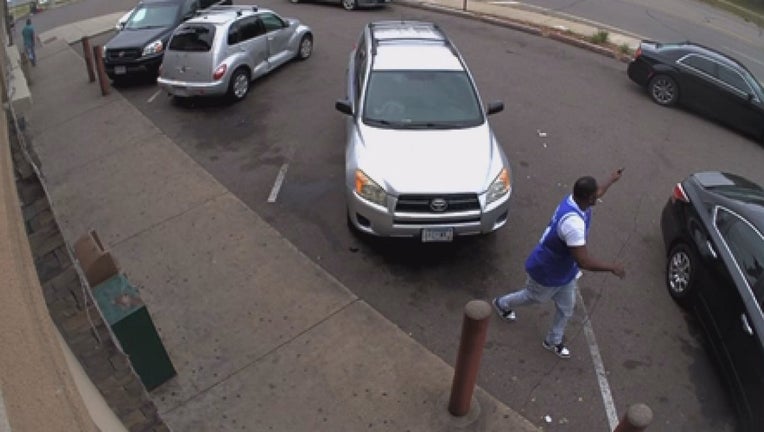 A shootout outside a Brooklyn Park strip mall is just one example of rising violent crime in the Twin Cities suburbs. (FOX 9)

(FOX 9) - At a Brooklyn Park strip mall at 63rd & Zane Aves. N., the gun violence has become so casual, so fearless, the shock value has worn off.

On Wednesday afternoon, at 4:33pm, an argument of some kind turned into a shootout between three men with handguns.  More than 20 rounds were fired.  One man was arrested.

Suburban police chief on rising violent crime: 'We’ve never seen it like this'

On Wednesday afternoon, at 4:33pm, an argument of some kind turned into a shootout between three men with handguns. More than 20 rounds were fired. One man was arrested.

On a Monday afternoon last month, a man was robbed of a firearm at gunpoint and shot in the leg as a warning.

Enevoldsen and police chiefs from Crystal, Maple Grove, Plymouth, and New Hope, spoke to FOX 9 about the gun violence they are seeing in their communities.

When you exclude Minneapolis from the calculations, violent crime in the rest of Hennepin County increased by 19 percent over the previous year.

The overall trend lines for violent crime appear to be continuing in 2021.  But the five police chiefs said crime statistics only tell part of the story.

"We need to come together and say when is enough, enough," Enevoldsen said.

"I literally thought the [shootings] of those children in Minneapolis (from stray gunfire) could get a different way of thinking, and it hasn’t.  God forbid it could be us. That could happen in any of our cities," he said.

Enevoldsen, who has spent nearly 30 years in law enforcement in Brooklyn Park, said the number of shots fired called in the city is up by 55 percent compared to this time last year.

In the last year and a half Brooklyn Park has witnessed 146 shootings, with 49 people struck by gunfire, and 4 people killed.

Enevoldsen said that level of gun violence "isn’t acceptable and not sustainable."

Brooklyn Park Police officers have recovered 55 guns, but the Chief said he knows it is just a fraction of the illegal guns on the street.

The chiefs believe the spike in crime is caused by a combination of factors: the pandemic, the murder of George Floyd, and easy access to cheap firearms.

But the general tone, they said, is being set in Minneapolis:  the drive-by shootings, the street racing, a beleaguered and understaffed police force, and an ambient sense of lawlessness that is spreading to the western suburbs.

"And the issue we are facing because of that is the complete lawlessness that’s going on in some of our cities.  We have to figure out a way to combat that," she said.

The chiefs sense the rules of engagement have changed, or at least seem contradictory, and they are looking for better guidance from the public.

"You can’t tell us to go out and make traffic stops because you are seeing the speeders and the street racing, and the next day say to us you can’t do traffic stops because now horrible things are happening to people," said Revering, who is also head of the Hennepin County Police Chiefs Association.

Arresting suspects for crimes like felon in possession of a firearm is leading to a revolving door in the courts and jail, the chiefs agreed.

Brooklyn Park Police tracked 61 recent handgun cases and the majority of suspects got little or no jail time, and many avoided criminal charges altogether.

James Klein is a convicted felon who shot at officers last March when he was caught buying ammunition at a Brooklyn Park WallMart.  A month later he was out of a jail on a signature bond.  Three weeks after that he was involved in a shootout with police in Utah.

"A lot of these folks are getting out quickly and committing the same crime again," said Revering of Crystal.  "You talk about carjackings, they get out and commit carjackings again.  And then we sit back and ask how this is happening?" she said.

Revering cites one particular case involving a man who shot at police, but a Hennepin County judge was in disbelief that police were the intended target.

The western suburbs are also seeing an increase in illegal street racing, a problem that has confounded Minneapolis Police and led to two innocent bystanders being killed in Minneapolis last month.

"In the City of Plymouth we had two pedestrians struck and killed," and that was the result of a street race," said Plymouth Police Chief Erik Fadden.

Part of the problem is that even suburban police departments are getting less cooperation from the public.  The chiefs believe the ‘Defund the Police’ movement in Minneapolis has portrayed all police departments as illegitimate; an occupying force in their own communities.

That attitude, the chiefs said, prevents cooperation and consensus on needed reforms.

"All we can do is get them assigned a caseworker.  That’s the best we can do.  We can never exchange information with a caseworker, whatsoever," he said.

Maple Grove Police Chief Eric Werner, who is head of the Minnesota Police Chiefs Association, said police are not getting credit for many of the reforms they’ve already made in the mental health field.

"I think Minnesota law enforcement has done a tremendous job in that area," said Werner.  He said most agencies have committed to 40 hours of crisis intervention training for their officers and now have embedded social workers in their departments.

Part of that evolution is having departments that reflect the demographics of their communities.  But the current climate makes it difficult to recruit and retain officers from marginalized communities where their perspective and experience are needed most.

"We are all having problems getting people to be police officers," said New Hope Police Chief Tim Hoyt.

"People who have not applied, we need you to be a police officer.  You may have the next great answer that will help us," said Hoyt.

The police chiefs sense this summer is becoming another tipping point and worry the level of gun violence they are seeing will become normal, even for the suburbs.

"We’re not here to say we’re perfect. We can do police reform and address violent crime," said Brooklyn Park’s Enevoldsen.

But Rev. Jerry McAfee, a longtime community activist who lives in Brooklyn Park, said communication is a two-way street.

"Before there’s a prognosis you have to have a proper diagnosis," McAfee said.

"The cities have never believed what we’ve said.  We told them they were going to get here, they didn’t believe it," McAfee said.

The chiefs are finally talking, but said they want the communities they protect and serve to know they’re also ready to listen.

"No one wanted to hear from us for 15 to 18 months and we finally decided for the betterment of our community we had to say something," Enevoldsen said.