ISABELLA, Minn. (FOX 9) - The Greenwood Fire burning in the Superior National Forest more than doubled in size in the last 24 hours, and is now estimated to be nearly 19,500 acres. At last check, the fire was 0% contained.

The U.S. Forest Service said Monday’s warm temperatures and gusty winds, paired with the extremely dry vegetation, fueled fire activity. A fire cloud was visible for miles in all directions, and smoke and ash from the fire were reported as far away as Lutsen and Grand Marais.

The Greenwood Fire burning in the Superior National Forest more than doubled in size in the last 24 hours, and is now estimated to be nearly 19,500 acres.

The wildfire was first detected on Aug. 15 near Greenwood Lake, about 15 miles southwest of Isabella. The fire was started by a lightning strike, according to the Forest Service.

Both the Greenwood Fire in the Superior National Forest and the wildfires burning across the border in Canada can be seen from Ely, Minnesota. Video credit: Chris Ellerbroek.

Nearly 300 properties have been evacuated this week, and the Red Cross is now hosting evacuees at a community center in Babbitt.

Volunteer Rod Winters says they expect to serve a few people on Tuesday and will keep the option open for anyone who needs it.

"Anybody’s welcome here that’s impacted by the fire," he said. 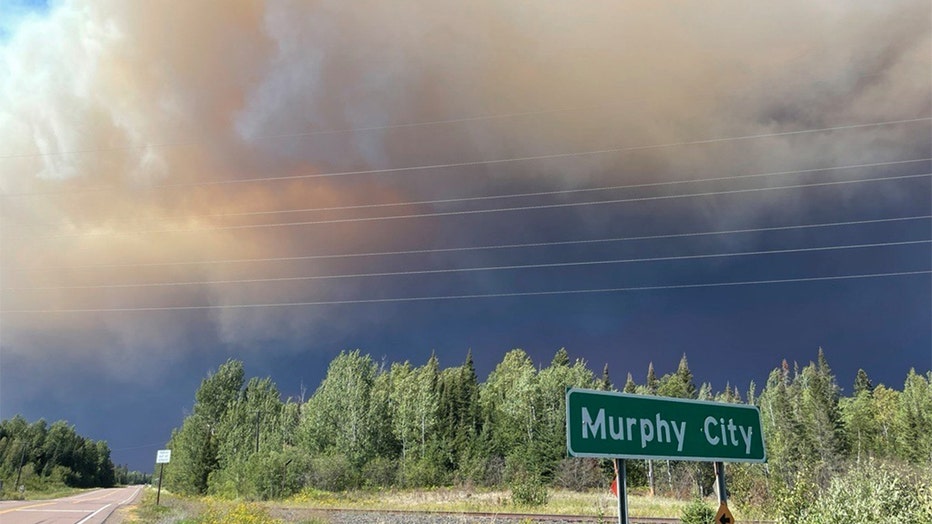 Did the rain help control the fire? 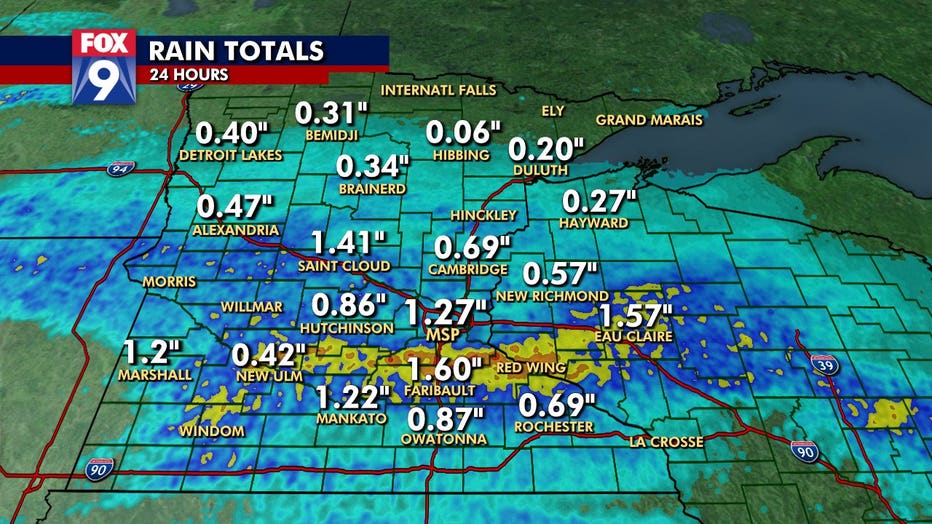 The Twin Cities metro recorded its highest daily rainfall amount so far this summer on Tuesday, but the fire-ravaged areas of the Arrowhead stayed mostly dry. The area needs more sustained heavy rain to help get the fire under control.

As of Tuesday, that scenario is not in the forecast for the Arrowhead region the next couple of days.

The Minnesota Department of Natural Resources is temporarily closing all the campsites in George Crosby Manitou State Park along the North Shore out of an abundance of caution due to the Greenwood Fire.

The park’s 22 campsites are all remote backpack-in sites. Rachel Hopper, the visitor services and outreach section manager for the DNR’s Parks and Trails Division, said there is no immediate danger in the park from the fire, but the DNR is worried they would not be able to evacuate the campers if the situation changes because the sites are difficult to access.

The DNR has contacted the current campers in the park and asked them to vacate their sites by 4 p.m. on Wednesday. All upcoming campsite reservations re canceled through at least Labor Day. The park remains open for day use.

The DNR is offering full refunds for people whose reservations are affected by the closures. They are also allowing people to change their reservations to a different date or park free of charge.

The Greenwood Fire as seen from the National Oceanic and Atmospheric Administration's GOES-16 satellite on Monday. The fire has since doubled in size and now covers nearly 19.500 acres. Video credit: NOAA

The quickly spreading Greenwood Fire and other fires in the Superior National Forest prompted the Forest Service to close the Boundary Waters Canoe Area Wilderness completely--the first time such a closure has occurred in 45 years. The closure includes all lands, waters, trails, portages, campsites, canoe routes and entry points in the BWCAW.

The U.S. Forest Service said permits have been cancelled and refunded through September 3, writing "Yesterday alone we had four new fires start in the wilderness. The Forest has decided it is not yet safe to open up the wilderness or divert resources from firefighting."

The two fires, one that is around 800 acres, prompted the first closures in the BWCA in 45 years.

Two of the fires that prompted the BWCAW closure, the John Ek Fire and the Whelp Fire, continue to burn.

The John Ek Fire is 2.5 miles south of Little Saganaga Lake and extends from John Ek Lake to the southeast corner of Elton Lake. The fire doubled in size on Monday due to extreme fire behavior, growing from 800 acres Monday morning to about 1,500 acres. The Whelp Fire is about 5 miles northwest of Sawbill Lake and is estimated to be about 60 acres. 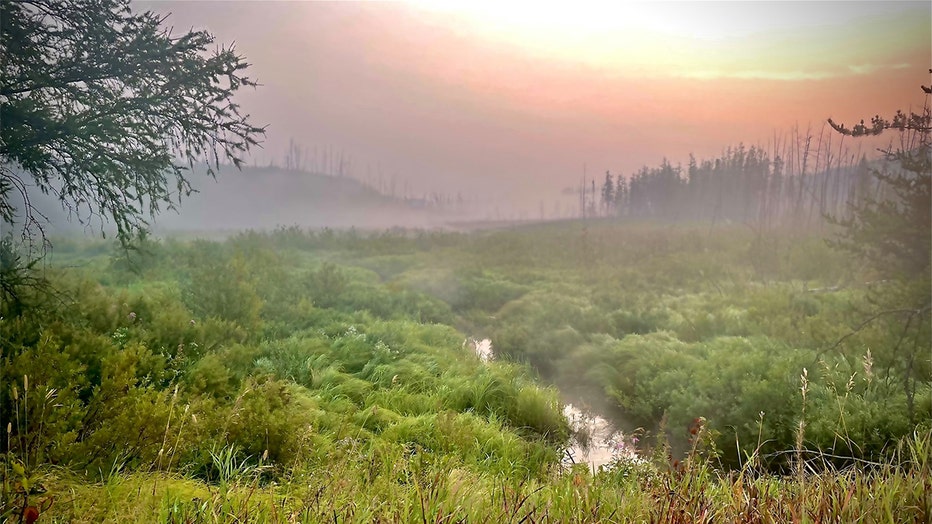 No firefighting crews have been sent directly to the fires due to difficult access, limited aircraft resources and safety concerns, the Forest Service says.

The MPCA said the large expansion of the Greenwood Fire on Monday created widespread smoke across northeastern Minnesota and across Lake Superior. Heavy smoke is expected downwind of the fire.

Fine particle levels are expected to reach the Red AQI category, a level that is considered unhealthy for everyone. Red AQI conditions are expected today across much of the alert area, especially near and to the west of the Greenwood fire.