A FOX 9 viewer’s dash cam video captured a close call as lightning struck in the Roseville area as she drove down Snelling Avenue. The view said the strike felt stronger than it looked on video. She said it felt like it went on for 10 seconds, pulsing as it hit the ground. Video credit to Twitter user MMegan79.

The storms resulted in Minneapolis-St. Paul Airport and St. Cloud recording their highest daily rainfall totals of the year so far. 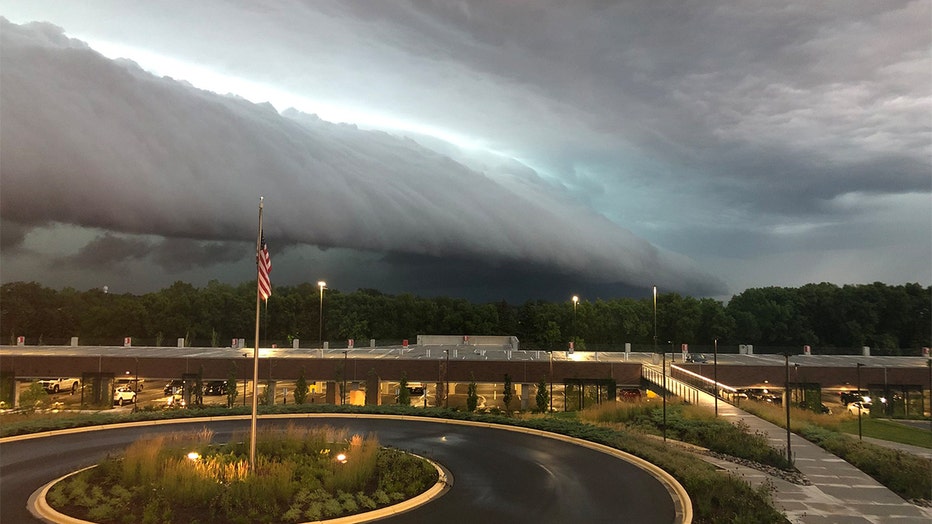 The storms developed overnight Tuesday, progressing southeast reaching the Metro during rush hour. As the line tracked through,  it brought wind gusts of 40-50 mph, the highest reported gusts out of Eau Claire, Wisconsin of 63 mph. Wind has been the biggest threat Tuesday, with nickel size hail and lightning also of concern. 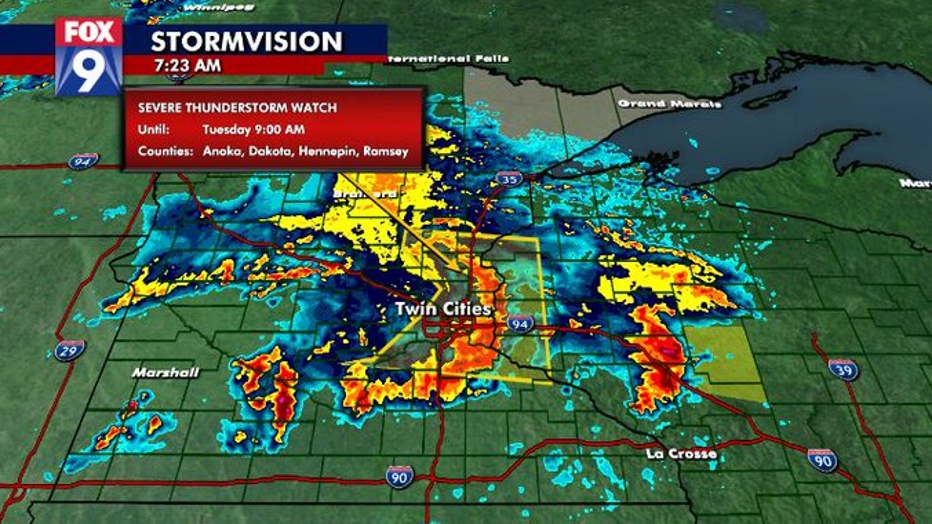 Areas of ponding on roads caused problems for commuters, with the heaviest rain falling during morning rush hour.

Storms progressed south and east over the course of the morning giving way to a very humid afternoon as we watch the potential for the redevelopment of isolated storms later this afternoon.

A timelapse of a thunderstorm moving into the south Twin Cities metro Tuesday morning.

This rain likely won't put much of a dent in the drought, but it could help prevent it from getting worse. Most of the state is in severe or extreme drought, including the Twin Cities. At this point, we need to get more than an inch of rain per week to make up for lost ground.

Have questions about the drought? You'll find the answers here.

Get the FOX 9 Weather App to track summer storms live on your phone, with future radar, live streaming video of FOX 9 coverage and alerts and forecasts customized for your current location and favorite locations. Download it for Android or Apple.