For the third time since the end of August, Minneapolis firefighters had to extinguish a fire at the historic John H. Stevens House in Minnehaha Park early Saturday morning.

MINNEAPOLIS (FOX 9) - As suspected, in a report released on Tuesday fire investigators ruled a fire at the historic John H Stevens House in September was intentionally set.

That fire on September 20 was the second fire at the 173-year-old house that stands at Minnehaha Park in two months. The cause of the first fire on August 30 remains undetermined.

Since then, firefighters battled a third fire at the Stevens House this past Saturday. The report on that fire remains pending. 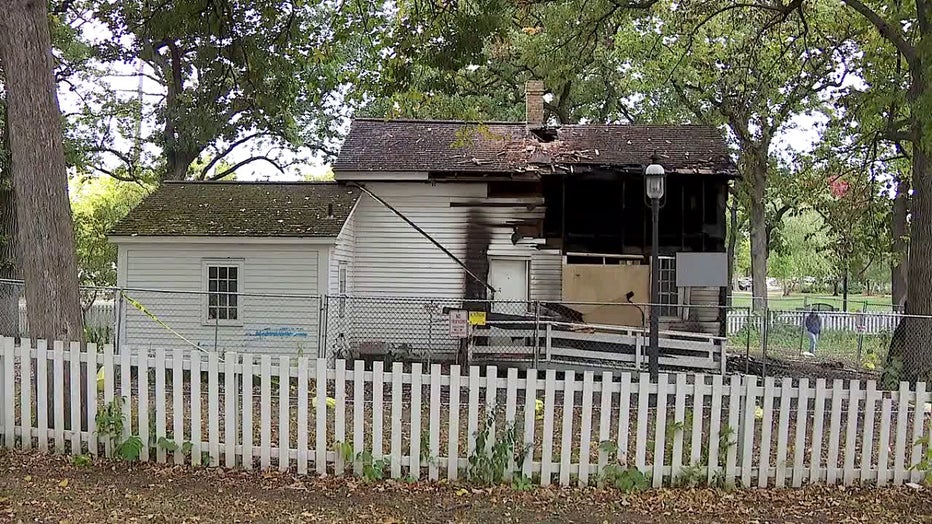 Damage to the Stevens House following the October 1 fire. (FOX 9)

All three fires started in the rear of the structure during early morning hours. The October 1 fire spread through the rear corner of the building, stretching from the first floor to the roof. The building was still under construction to repair damage from the previous fires.

John H Stevens was an early European settler of Minneapolis, considered the "Father of Minneapolis." His home was built in 1849 next to St. Anthony Falls and later moved to its current location at Minnehaha Park in 1896.

No arrests have been made related to any of the fires. As the investigation is ongoing, the Minneapolis Park Board says it plans to build a larger fence around the historic building. A six-foot tall temporary fence was put up around the building following the first fire in August.