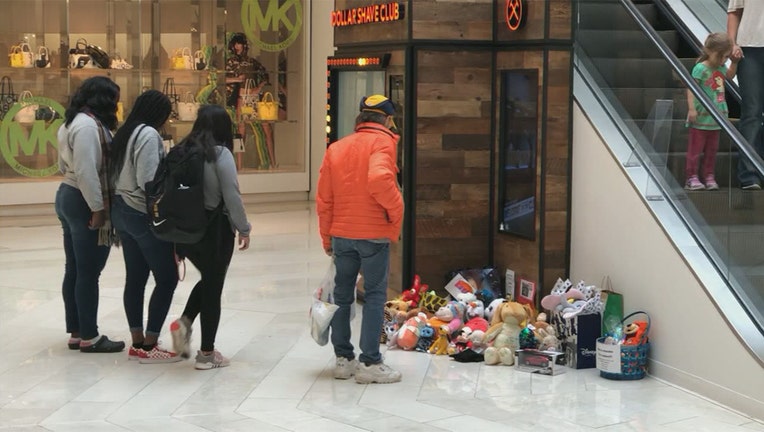 BLOOMINGTON, Minn. (FOX 9) - The family of a boy who was thrown from a balcony at Mall of America in 2019 has reached a settlement with the mall, according to a statement from the family's attorney.

The family had filed a lawsuit against the Bloomington megamall in 2021, alleging negligence. The lawsuit said the man who threw the boy over the railing should have never been allowed into the mall that day, or if he was, he should have been followed by security. The boy, then 5 years old, has only been identified by his first name, Landen.

On April 12, 2019, Landen and his mom were with friends outside the Rainforest Café on the third floor of the Mall of America when Emmanuel Aranda picked up Landen without warning and threw him over the railing. Landen fell about 40 feet before landing on the first floor of the mall, fracturing multiple bones and suffering massive head trauma. Aranda pleaded guilty to attempted first-degree murder and was sentenced to 19 years in prison. According to the charges, he told police he had come to the mall on April 11, 2019, intending to kill an adult, but it did not "work out." He returned the following day and chose Landen instead.

According to the lawsuit, Aranda was well known to the mall’s security department as a "violent and aggressive man with an explosive temperament." He had been banned from the mall twice before for assaulting patrons, making terroristic threats, being combative and damaging property. The lawsuit said mall security became concerned about Aranda’s behavior on April 11 and had sent a security officer to speak with him as he stood on a balcony peering over the railing and talking to himself. However, the security officer never asked Aranda’s name and therefore never checked his name against its records to discover whether he had any prior incidents at the mall.

The family released a statement via their attorney, Briol & Benson, PLLC on Monday. It reads:

"Mall of America and the family of the young boy who was thrown from a third-floor balcony by a criminal at the Mall in April 2019, are pleased to have reached a confidential settlement of the lawsuit.

"The boy’s recovery has been nothing short of miraculous and the focus remains on his health and wellbeing, which includes privacy during this time. Mall of America and the family have agreed to work together with a focus on safety, and already are jointly pursuing policy changes to existing trespass limits for violent criminals so as to give greater ability to preclude such persons from their premises. The Mall and the family will ask that any resulting change be named in honor of the young boy."

The family of the boy thrown over the balcony at the Mall of America and seriously injured has filed a lawsuit against the mall.