Family living in tents in Cologne, Minnesota after confusion over eviction policy

A family west of the metro is living in tents right now after some confusion over the governor’s eviction moratorium. Now they’re sharing their story in hopes it doesn’t’ happen to others.

COLOGNE, Minn. (FOX 9) - A family west of the metro is living in tents right now after some confusion over the governor’s eviction moratorium. Now they’re sharing their story in hopes it doesn’t’ happen to others.

"I’m out at a friend's dad's land," said Melissa. "We’re staying in a field right now in tents." 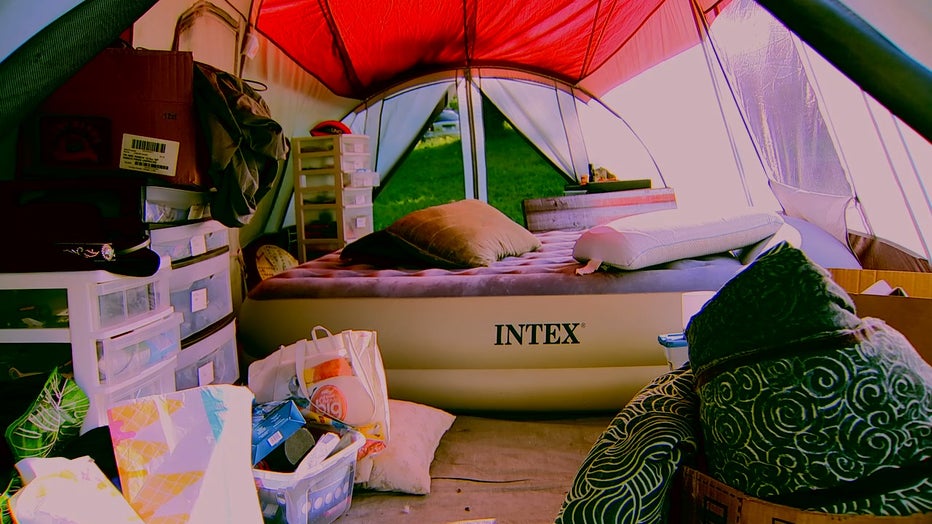 Melissa, her husband, a teenage son, adult daughter, and two friends have been here for almost two weeks.

"This was the only place it was either here or a campground," she explained.

Melissa says they didn’t have anywhere else to go after they got behind on rent. Melissa said their landlord gave them three options, in paperwork dated from August 3:

Melissa and her family agreed to option three and moved out willingly. But what she says she didn’t know was that the state’s eviction moratorium had been extended through at least September 11 and those who can’t afford to pay rent, can’t be evicted or have their lease terminated.

Melissa says she didn’t learn of the governor’s extension until they had already moved out.

"It was around the 17th or 18th of August after we were out here and set up I finally got to sit down and look at Facebook and emails and all that and that’s right around when I found out about it," she explained.

And she says she would’ve done things differently if she had known.

Melissa tells us she wants to make sure the same thing doesn’t happen to others.

"So I just want to say if someone is in that predicament make sure you keep up on the dates," she said.

The state attorney general’s office tells us so far, since the pandemic began, they’ve had about 1,200 eviction complaints. They encourage anyone with questions to reach out to their office for help.