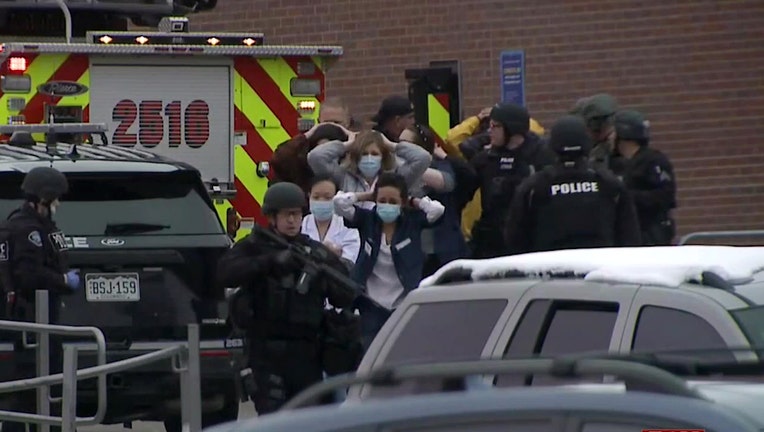 (FOX 9) - Realtor Brian Kruesi moved from Minnesota to Colorado less than two months ago and was running errands near his home Monday when he witnessed a gunman open fire on a Boulder, Colorado supermarket.

The shooting, which killed 10 people at a King Soopers, was across the street from his home.

Ex-Minnesotan living in Boulder witnesses shooting from inside store

Realtor Brian Kruesi moved from Minnesota to Colorado less than two months ago and was running errands near his home Monday when he witnessed a gunman open fire on a Boulder, Colorado supermarket.

Kruesi says he heard loud explosions and thought they were fireworks. Then he saw the gunman in tactical gear with a rifle moving "methodically" through the store. He says he sounded the alarm and told shoppers to run for their lives.

He estimates 40 or 50 people from the deli side of the store ran out in front of him as he escaped out the back. He says he thinks he ran for more than a mile after leaving the store.

"I feel very, very lucky that I was at the entrance leading out the exit... because he was shooting directly at the other entrance," Kruesi said.

One day later, he says he has avoided watching news coverage of what happened, but has seen some.

"That was really disturbing because I realized those were the people he was shooting when I saw him shooting," he said of watching coverage.

In the day since, he found out one of his neighbors was one of the victims.

He called the feeling "devastating."

"These are people that I just walked by moments before," he said.

Kruesi said he refuses to allow the devastation to traumatize him.

"I’m not going to let something like this dictate the rest of my life," he said.