Two drivers had to be rescued by police in Inver Grove Heights Wednesday after getting caught in flash flooding. One driver said she couldn't see the road was flooded because of the hail on her windshield.

INVER GROVE HEIGHTS, Minn. (FOX 9) - Police in Inver Grove Heights had to rescue a woman who got stuck in flash flooding Wednesday evening.

A deluge dumped several inches of rain in the eastern Twin Cities metro in a matter of just a few hours. The Inver Grove Heights Police Department told FOX 9 officers had to rescue two people from their vehicles during the flash flooding, including Shae Leonhardt. 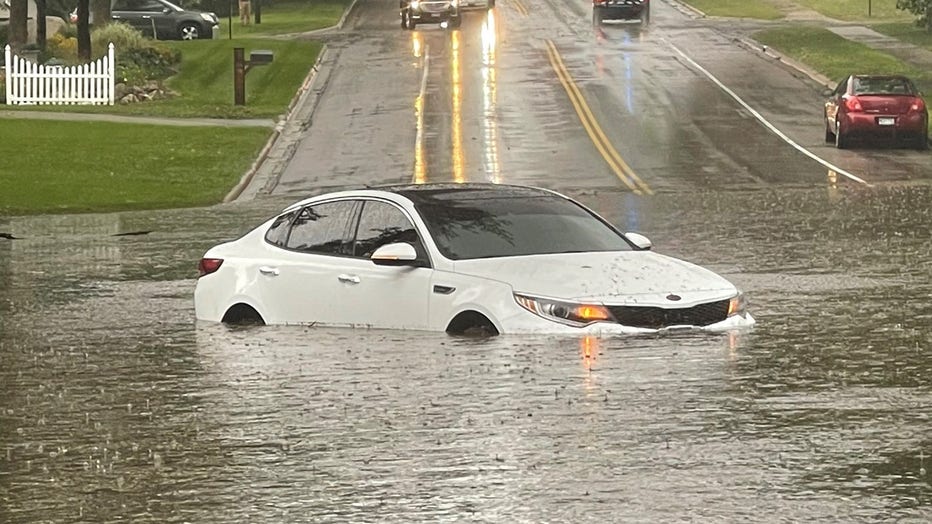 Shae Leonhardt had to be rescued from her vehicle after she got stuck in flash flooding in Inver Grove Heights.

Leonhardt told FOX 9 was driving home from the doctor's office when she got stuck in floodwaters near 78th Street East and Blaine Avenue East.

She said it was down pouring and then it started to hail, covering her windshield. The hail made it so she couldn't see the flooded roadway — the water was so high, it was up to her car's windows at one point.

Her car then filled with water, and police had to rescue her from her vehicle. Her vehicle was then towed away.

Police said a few people also had to get on top of their cars because the water was so high.