(FOX 9) - UPDATE: MnDOT has moved ahead the highway closures to begin at 5 p.m.

Minnesota Governor Tim Walz announced Sunday that the 8 p.m. curfew and freeway closures will be extended tonight in an effort to curb unrest in the Twin Cities.

The temporary curfew is in place from 8 p.m. Sunday to 6 a.m. Monday. During the curfew, no one is allowed to travel on Minneapolis and Saint Paul streets or public places, except for first responders, members of the media, people going back and forth to work, individuals seeking emergency care or fleeing danger, and people experiencing homelessness. Curfews are not limited to Minneapolis and St. Paul. Mayors and local governments across the state can issue their own curfews, so check with your city officials. 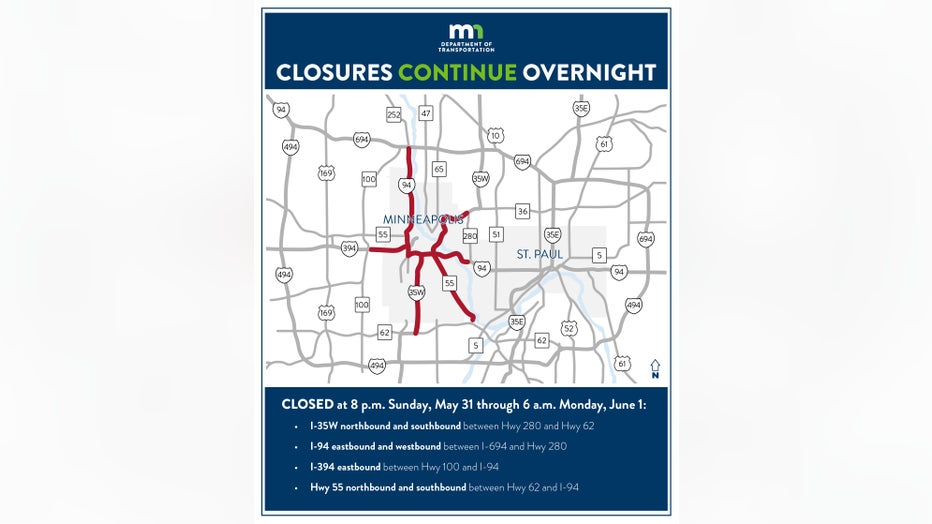 “The curfew on Friday and Saturday night allowed our law enforcement to target those who meant to do harm to our communities,” said Governor Walz. “Law enforcement made several arrests and seized weapons, narcotics, long guns, handguns, magazines and knives. We have reason to believe that bad actors continue to infiltrate the rightful protests of George Floyd’s murder, which is why we are extending the curfew by one day.” 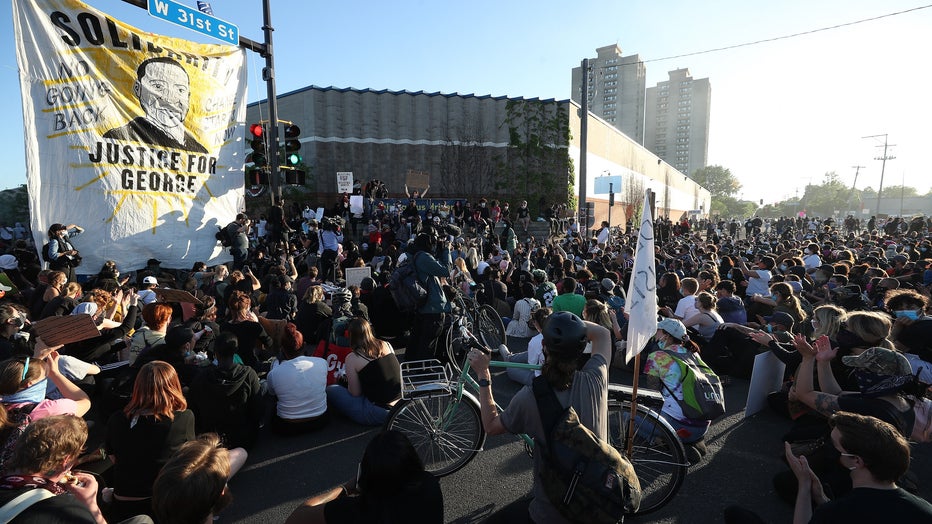 MINNESOTA, USA - MAY 30: Protesters continue to rally in response to the death of George Floyd, unarmed black man who died after being pinned down by a former white police officer, in Minneapolis, MN, United States on May 30, 2020. (Photo by Tayfun C (Getty Images)

During a press conference Sunday, Gov. Walz said the state must now face systemic issues more deeply. He said that while Minnesota ranks highest in many categories, "if you peel it back, all of those statistics are true if you're white. If you're not, we're ranked near the bottom. What this week has shown us that these two things can't operate in the same place."

"I want to thank everyone who particpated in our ability to restore trust to our streets. It was incredibly complex, it was incredibly difficult, but that simply gets us back to the place where we were before, and that place is not good enough," he continued. "It does fall to myself and other elected leaders that if we do not get to the systemic problem, eventually this will get us back to the point that led to our communities on fire, our security and safety in question, and in searching for who we are."

Minneapolis Mayor Jacob Frey said that on Sunday, residents could be seen across the city pitching in to clean up and donate to those in need.

"We are going to keep working to strive to make sure the Twin Cities can be better," he said. "We have a long way to go."

St. Paul Mayor Melvin Carter continued his plea for residents to stay focused on George Floyd and on keeping the peace.

"We've had a lot of conversations about whether these people are insiders or outsiders...the one thing that's absolutely clear to me is those folks who would seek to act in a way that during a pandemic would deprive senior citizens of their local pharmacy they need to go to to get their lifesaving medicine, who in midst of a food shortage would deprive families of food [...] those folks are not driven by a sense of deep drive for the betterment of our community," Carter said. "But that doesn't mean there isn't real rage."

Update from Department of Public Safety

John Harrington, the Commissioner of the Department of Public Safety, said that on Saturday, public safety leaders and intelligence analysts came together to take a different approach and found more success in keeping the peace.

By Sunday morning, more than 5,025 National Guard service members had been activated.

Officials said there were 25 arrests in Hennepin County by 2 a.m. Sunday, and about 30 arrests in Ramsey County. Harrington said a large portion of the arrests were for weapons violations, with an AR-15 taken at one point. One officer was shot at, and the people in the car were arrested.

"This was a team effort, everyone was working in situations they were not used to," he said. "All those helped spread resources and keep facts straight and concentrate on real tips and not rumors."